Someone should probably go make a Wikipedia page for the “Warby Parker model,” since it has rapidly become the go-to business strategy for online retail startups.

The latest addition to the genus Ecommerce Lowoverheadus is Greats, a men’s footwear brand that launched in August. The name derives from the ambition to put a fresh spin on the enduring designs in sneaker history. Although that might sound like copycat design, pretty much every shoe brand iterates on others’ designs; as with most menswear categories, the classics persist in one form or another.

Although their wares are manufactured in the same facilities as upscale lines like Lanvin and Balenciaga, the goal is to create high quality goods while keeping the price point low by cutting out retail overhead. The shoes are priced in the range of $39 to $190, and while early adopters will undoubtedly skew toward sneaker aficionados, the target audience is broad. 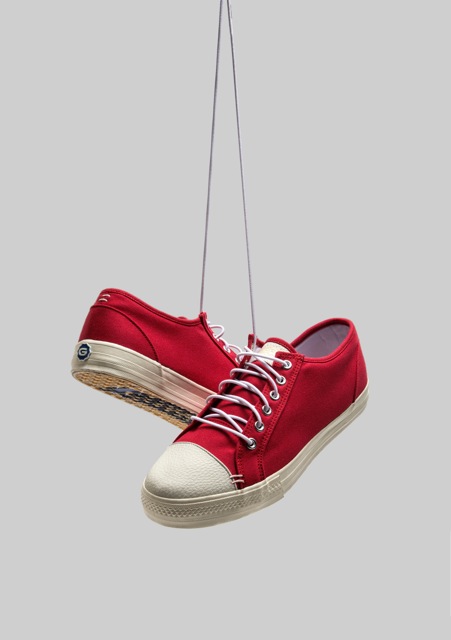 Babenzien and his co-founder, Jon Buscemi, are career shoe guys. The former did branding and marketing at K-Swiss and Puma, while Buscemi already has founding another footwear brand, Gourmet Footwear, under his belt.

The company raised an angel round of $500,000 last April, at which point they hadn’t even opened a bank account, Babenzien said. They were pre-selling in beta until their launch on August 6 and only began shipping three weeks ago.

Like Warby, Greats got a lot of early attention from press, including the seal of cool-approval on GQ’s blog. Now the team is looking to raise its seed round.

More than anything, Greats is aiming to be a label, not a startup with a clever business model. When we spoke, Babenzien came back again and again to the idea of building a brand, and, more importantly, to making sure that the DNA of the product is readily recognizable to consumers from the get-go. (Lest we forget that, the site’s URL is greatsbrand.com.)

Greats launched with two styles in three colors each and will be rolling out six additional shoes over the course of the next year. Sneakers are a focus in the first batch, but they’ll also be adding styles like boots and boat shoes into the mix by the end of 2014.

At the moment, Greats’s profit margins are 60%, but the team thinks they can get them higher than that.

“I could have sold this for $120,” Babenzien said, gesturing at the $99 black leather sneakers he was wearing. “And nobody would have blinked. We wanted to make a real statement.”

Part of the team’s long-term roadmap is globalizing Greats. Babenzien said they have been seeing web traffic coming from France, England, Asia, Australia, and Canada.

“The culture of men’s sneakers and footwear is global… we’d like to get to $100 million in revenue in five years,” he said. “I think based on what we’ve seen, it’s well within reach.”

They’ll also be taking on auxiliary categories. Socks, for instance, are something they could get into in the near term. (“That’s more of a strategic category than anything else,” Babenzien said.) Bags and sweatshirts would naturally follow. Because sneakers are part of a youth culture, college age guys form a large portion of Greats’s potential market, and the brand has the opportunity to outfit them from the shoes up.

The company has been moving quickly since April, and they’re wasting no time in getting their products into the offline retail world, as well. On November 9, Greats is opening a hundred square foot shop in a small glass walled shopping complex on Williamsburg’s waterfront, which they’re calling the “Field House” in reference to the brand’s vintage athletic vibe. Customers can buy shoes in the shop, although Babenzien noted that it’s the only physical store in which people will be able to make purchases.

The store will only be open from noon to 7 pm on weekends, the point being to get consumers touching and test driving Greats shoes, rather than serving as a major retail location.

Although having an offline location was always in the team’s playbook, they didn’t expect to make the move so soon. But the Williamsburg space was cheap and didn’t have a lease, so they snatched it up.

Greats is also getting product into the real world with two displays at the upscale LA men’s store Union and at High Point, a sneaker Mecca in Phoenix. The shoes won’t be available for sale at either joint; it’s more about building the brand in the context of other sought-after designers.

The sneaker market for guys is big, and these shoes, with their buttery leather uppers, are sweet. (Unfortunately for the ladies, they’re not running unisex sizes just yet.) The tricky part about online native fashion startups is that the fashion part of the equation — finding the line’s voice and aesthetic point of view — so often loses out to a focus on being online native. Young, creative designers fail all the time out of a lack of business acumen, but a fashion label needs direction, achievable through tight branding and great product. The Greats guys get that.