Two titans of user generated content team up today as SoundCloud begins letting you select from your Instagrams when choosing cover art for sounds and playlists you create. The integration with Instagram’s API could beautify SoundCloud for its 250 million monthly visitors — a new milestone announced today.

“We’re the largest audio platform and they’re the largest photo platform. It’s cool to tie them together” SoundCloud CEO Alex Ljung tells me. Earlier today, Ljung joined me onstage at TechCrunch Disrupt Berlin to discuss the future of the music tech business. 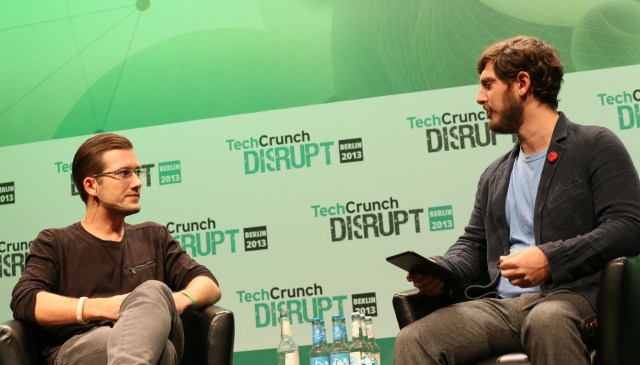 SoundCloud could be considered the YouTube of music. Users can upload music, from individual songs to multi-hour mixsets. The latter makes it especially popular with DJs, who use SoundCloud to host recordings of the shows they’ve played and share them with fans. SoundCloud normally allows users to upload two hours of music total, but monetizes by selling premium accounts to people who want to upload more or unlimited amounts of music.

SoundCloud now sees 250 million unique visitors a month, up from 200 million in July. It’s raised $63 million since launching in 2008. 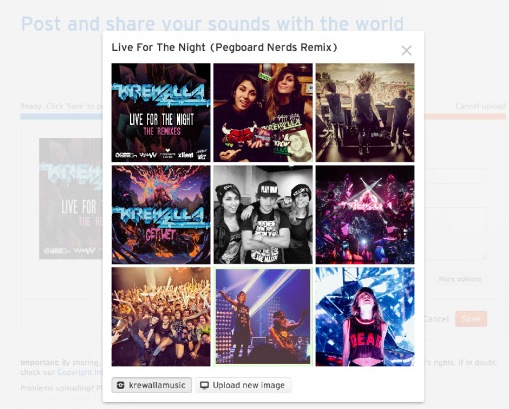 When it comes to the new Instagram integration, it works as you would expect, allowing you to browse your Instagram account to find the perfect image for sounds or playlists you add to SoundCloud. “It’s very simple but I’m pretty excited about it. Creators can take pictures of their Instagram feed and choose that as their artwork,” Ljung said on stage.

To show off the “Soundagram” feature, SoundCloud worked with two big-name DJs: Kaskade and Krewella. While they might have professionally produced cover art for their albums, these artists also release plenty of singles, remixes, and b-sides. Instagrams of them on stage or the crowds at their shows make harmonious visuals for their ad hoc music releases.

At this point, SoundCloud has its basic features nailed, but like many other UGC startups, it could improve discovery. Accomplishing that could turn listeners who visit to check out specific musicians into more habitual users. Instagrams could help make its home page more visual, attracting visitors to artists they’ve never heard before. 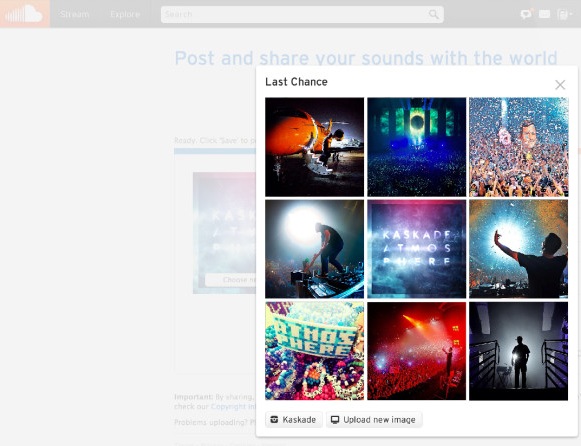 What’s next? Perhaps more integrations, maybe with Instagram. Discussing the photo startup’s founders Kevin Systrom and Mike Krieger plus the potential for more ties, Ljung tells me “They’re good friends and we really like what they’re doing. I’m sure well do more.”

What exactly? I suggested it would be fun to add a SoundCloud soundtrack to your Instagram web profile so people could listen while they look. But Ljung says his dream integration is “Being able to add SoundCloud audio to an Instagram video clip to make it more emotional.”

For more on SoundCloud, check out our video below from my TechCrunch Disrupt Berlin talk with founder Alex Ljung, and the accompanying article about Berlin as an edgy, decadent, punk paradise for startups