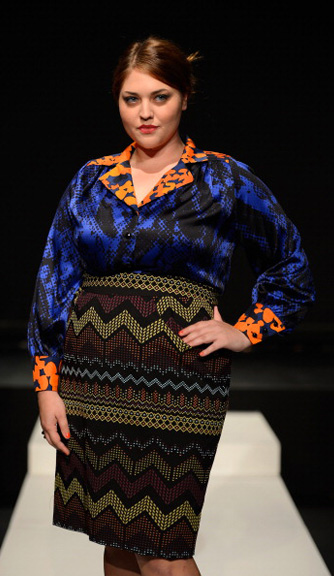 Like so many other startups, AbbeyPost grew out of a personal pain. Founder Cynthia Schames had become fed up with the lack of stylish plus-size clothing available to her.

“I was having the hardest time finding clothes. I live in New York,” Schames says. “If I can’t find stuff to wear, where is everyone else shopping?”

AbbeyPost, which launched in January, is an online marketplace for plus size clothing from designers and independent boutiques. Schames explained that while there are great boutiques around the country that carry quality designs for plus size women, they’re only great for locals. The aim for AbbeyPost is to become, like Etsy, a large-scale, inclusive discovery forum that gives women more options than they might find on their own.

The target audience is the “Pinterest mom.” She’s in her thirties to early fifties, Schames says: most likely a mother, and she leads a busy life, regardless of whether or not she works.

The company is almost entirely bootstrapped for now, having received one small angel investment of $25,000. They are now looking to raise a seed round of about $350,000, Schames says, in order to make additional hires and build a native mobile app.

As will happen with any marketplace that has yet to hit its stride, the product listings are still a mix of professional lookbook shots and low-fi, stretched-out images. The lingerie category, for instance, errs on the side of the latter, while curated collections float the better quality photos to the top.

While AbbeyPost is still working on building up its density of sellers, Schames has plans for the site that go beyond a simple marketplace.
Because sizing can be so inconsistent between brands, AbbeyPost is developing a feature that uses a 3D body scan of the woman to make fit recommendations based on her exact measurements. A user takes two webcam photos of herself — one from the front, one from the side — which helps the tool’s algorithm generate numerous data points on her unique shape. Those images are immediately discarded, Schames noted, and they aren’t used to generate an avatar.

The scan gathers over 115 data points on the body, and, when done correctly, the measurements can be accurate to within a quarter-inch.

“We quickly and accurately get sizing information that becomes a permanent and persistent profile so we know what size she is and her measurements every time,” Schames says.

The longer-term vision for AbbeyPost’s body-scanning tech is to build a custom apparel brand that uses those data points to create digital patterns tailor-made for each individual woman. It’s a big goal, and Schames says it wouldn’t launch any time in the near future. But the team thinks they have worked out a supply chain that allows them to turn around an order in fewer than three weeks.

he goes up in size. Small differences between women’s shapes become clearer, making it harder to fit more women into one standard size. The appeal of custom clothing begins to make sense then.

“Ultimately, what we really are is a social e-commerce platform, brand, and data platform,” she says.

That last bit — data — means widgetizing AbbeyPost’s fit formula out to retailers so that shoppers can determine the best size for them for any given brand. Again, that’s about a year out, Schames says.

AbbeyPost is interesting for its technology. More important, though, is the stance it takes with regard to plus-size women and fashion. With AbbeyPost, Schames is also hoping to make a dent in a retail culture that treats plus size shoppers as second-class citizens.

The site has an internal social network, in which users can post photos of themselves in their new outfits. It’s like an image review, Schames says, but the focus is less on the product and more on engaging the individual. Plus-size women often miss out on the social aspects of shopping, whether they’re going out with their straight size peers or shopping online. 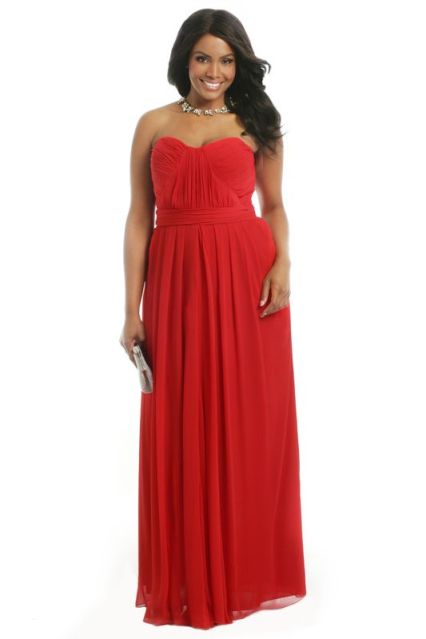 “Shopping is inherently a really social activity. If you’re the fat girl in the group, you don’t really have that opportunity. You stand in the corner going, ‘Where are the earrings? Because that will fit me.’ That sucks,” Schames says.

While AbbeyPost is out to cultivate a body positive culture online, plus-size fashion has in recent years seen a shift toward e-commerce — and not in a good way. Old Navy yanked its plus-size options from stores in 2007 to feature them as online exclusives, while Saks removed Salon Z from its flagship store in 2011. Target, Schames says, has also been pushing more and more of their plus-size items online.

“We already know by their admission that some retailers don’t want fat people in their stores. Abercrombie & Fitch. Lululemon,” she continued. “There may be an element of that. It [the decision to move plus size online] may come down to simple economics of sales per square foot, but that stretches credibility because a majority of women are plus size or above.”

A bright spot in the startup world is Rent the Runway’s recent addition of plus sizes to their dress rental offerings, which required convincing straight size designers like Carmen Marc Valvo, Badgley Mischka, and Theia to create equally beautiful designs for the plus-size shopper.

Recognizing that vast, underserved market is one of the smartest things Rent the Runway has done to date, and to ignore the plus size shopper is just bad business. And, as Tim Gunn pointed out, to then serve her only unattractive options is plain insulting.

“Nobody’s being honest with this consumer, and nobody’s encouraging her to own where and when and how she is. And I think that’s part of my job,” Schames says. “One of the things we really like to say at AbbeyPost is that at AbbeyPost, we love who you are. And we mean it.”