Apple sent out a set of slick Mac Pro posters to at least one journalist today. TidBITS author Jeff Carlson received a long black tube with four Mac Pro images as posters in it this morning. Other journalists like CNET’s Scott Stein (Photo by Dan Ackerman) and Dallas Morning News’ Jim Rossman also received the posters.

Apple sends out printed material from time to time to promote products. It recently sent journos a packet of info and a poster on the App Store’s fifth anniversary.

The posters emphasize various aspects of the Mac Pro’s design, such as its thermal venting, external casing and custom silicon. There is also a message inscribed on one of the posters:

It’s the computer we were insane to build. The one that turns conventional thinking on its head, then kicks the living $#&% out of it. We challenged all our assumptions. Abandoned our preconceptions. And blew away limitation after limitation. This is the new Mac Pro. It’s like no Mac we’ve created before. And we can’t wait to see what you create with it.

Here are the posters sent to Stein: 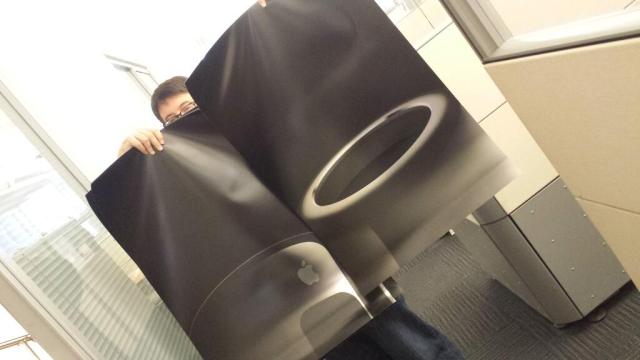 Here’s one of Carlson’s set: 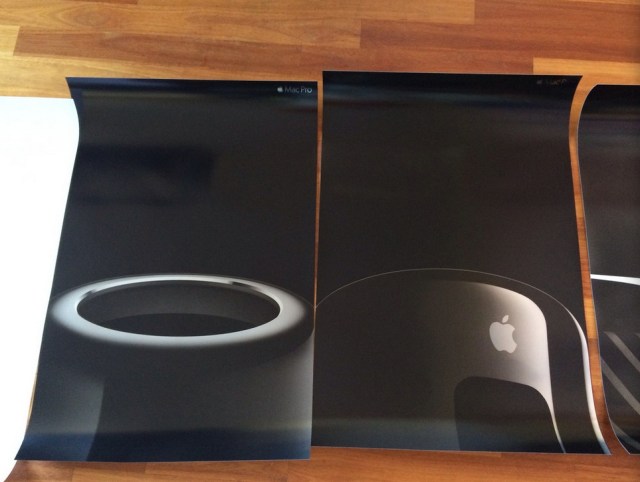 We got a chance to check out the Mac Pro briefly at Apple’s event last week but couldn’t tell you much more about it but that it’s pretty warm.