Why did music jukeboxes disappear? They were probably the first truly social experience around music, but then everybody stopped using them. Meet Beatcoin, a nifty hack that was presented onstage at the Disrupt Europe Hackathon. The team turned everyone’s phone into a jukebox. Every bar owner can start accepting Bitcoins to play the songs on his or her phone.

“What’s interesting about our hack and Bitcoins is that everything is purely virtual,” Meinhard Benn told me. “It doesn’t rely on any old school economy mechanisms and we feel that it’s very disruptive,” he continued, jokingly.

First, you have to install the app on your Android phone or iPhone and plug it in to your stereo. And that’s it for the installation process. Then, everyone can go to a website where they will see the song list and the current top picks.

Partiers can vote with their Bitcoin wallets. For each song, users can see a different Bitcoin address attached to the same wallet. In the back-end, a scheduled task will check how much virtual money each song received and rank them accordingly. “The user doesn’t need an app or client, he just needs Bitcoins,” Johann Barbie said.

Don’t worry, you won’t get ruined by fighting for your favorite songs. The hackers insisted on the micropayment aspect of Beatcoin. To vote up for a song, you have to send something around 0.0001 Bitcoin. You can set up a screen in a bar to display QR codes and the payment options.

When asked whether the team will do a hackathon again, they were enthusiastic. While Benn didn’t sleep at all, Barbie moved from South Korea to Berlin on Friday to be here on time. That’s a lot of dedication to participate in a hackathon. In the end, it was worth it as the hack is already profitable, raking up fractions of Bitcoins over the weekend. 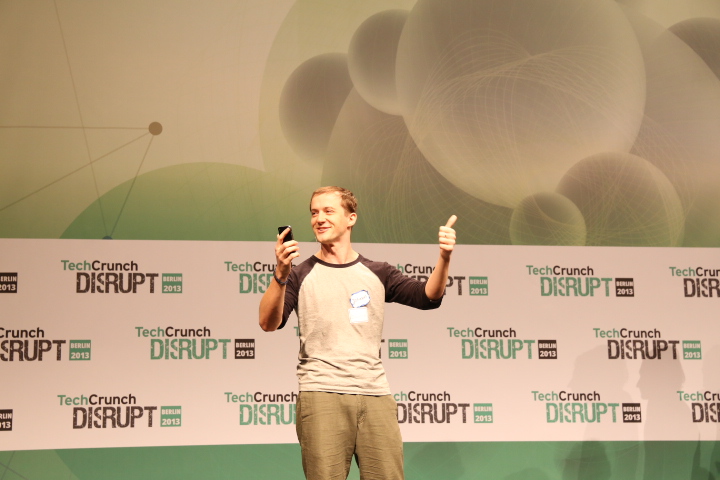