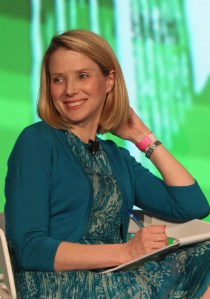 Signed in 2010, Microsoft and Yahoo’s ten-year Search Alliance was supposed to lift Google’s stronghold on search advertising. But the deal has steadily eroded since then, with the latest sign coming from a court filing that says Yahoo tried to delay adopting Bing search in Taiwan and Hong Kong.

U.S. District judge Robert P. Patterson ruled on Monday that Yahoo must start using Microsoft’s search technology in those two markets under the terms of its agreement. The court filing show that Yahoo was reluctant to roll out Bing in Hong Kong and Taiwan because it wanted to see if Microsoft CEO Steve Ballmer’s successor is equally committed to the deal. Yahoo was scheduled to start using Bing in those two countries this month, but told Microsoft on September 20 that it wanted to delay the launch until early 2014. Judge Patterson upheld an earlier ruling by an arbitrator that Yahoo’s “breach of the agreement ‘established irreparable harm to Microsoft.'”

Monday’s court ruling is the latest indication of how unhappy Yahoo is with the Search Alliance. In February 2013, Mayer said during a conference that the agreement was underperforming and had not delivered the market share gains or revenue boost that was expected. Google still retains the same two-third share of the U.S. search market that it had in 2010, compared to Microsoft’s 16.3% share and Yahoo’s 12.2%, according to comScore.

Both Yahoo and Microsoft have also gone significant strategic shifts since entering into the Search Alliance, which was signed two years before Mayer became CEO. Microsoft has yet to announce Ballmer’s successor yet, but it’s almost certain that the company’s next leader will lead the largest retooling of its hardware and software strategies since the 1990s.