Despite being one of the most popular and powerful social networks on the planet, Twitter is far from perfect. With only a quarter of the 1 billion registered accounts actively using the service, the platform clearly lacks mainstream appeal. So what’s missing?

According to AllThingsD today, Twitter may be launching a standalone messaging app to compete with the likes of Line, KakaoTalk and Snapchat. It has even reportedly been meeting with employees at MessageMe. To poach? To aqui-hire? it’s unclear for now.

If all of this is true, this points to a big question: Is a me-too approach to messaging the best strategy for Twitter right now?

Mainstream users don’t love Twitter for its privacy or for its messaging system. With so many messaging offerings already lined up on our smartphones, the only reason to use Twitter direct messaging is if you absolutely have no connection to that person anywhere but on Twitter.

Part of this could be because Twitter’s DM product isn’t a good one — the company has harshly neglected the service since inception. It’s often buggy (such as the URL glitch from yesterday), and it has been hidden away for a while now, with several clicks required behind the profile page to get to it.

However, this week Twitter started to turn on the ability for people to privately message you even if you don’t follow them — with a blanked permission box in your settings. (Which seems slightly counter-intuitive, given that messages are meant to be private.)

Still, even if Twitter beautified its messaging product, is there a clear benefit to DMing someone over texting them, or Snapchatting them, or sending a Viber message, or using MessageMe? Is that benefit enough to get users to switch from one of the other myriad products already available?

The original idea for Twitter, status updates like “lunch,” didn’t pan out so well. Dorsey was wrong (kind of). It’s not about a close group of friends knowing what you’re doing at any given moment, which is closer to messaging than the Twitter of today.

Instead, Twitter is used to discuss what’s happening right now in a global forum. It connects people interested in a certain television show, or people at the same venue, or folks who are living through the same tragic or joyous current event, and it does so in real-time. It lets users consume conversations with the option to participate. This, along with a handful of celebrities, is what made Twitter into what it is today. It’s the opposite of privacy and intimate messaging (unless you’re asking Anthony Weiner).

To grab (and keep) the mainstream audience Twitter is so hungry for, the platform needs to play up its strengths and remove its weaknesses. This doesn’t really include messaging, and following the lead of other popular social apps like Snapchat and MessageMe risks diluting what Twitter actually is.

The first thing is the follow structure. Twitter was one of the first social networks to adopt a follow-based structure instead of a mutual friendship structure for connections. This means that everyday users can be appreciated, and followed, by anyone in the world regardless of the relationship between those people.

Suddenly, anyone can become a celebrity. A guy who’s annoyed by his ditzy upstairs neighbors gets a book deal. A BuzzFeed writer ends up with a job at Fox writing for sitcoms.

Instagram and countless other social networks used the same structure, changing social networking from a tool to connect with friends into a tool to broadcast to the world.

There’s something equally vain and comforting that comes with a following, a quantifiable group of people who subscribe to your stream of consciousness. It’s part of Twitter’s magic, and that ever-present hunger for more followers is part of what drives engagement among active users.

But beyond the following, Twitter users also love the conversation. It’s one of the only digital tools that focuses on time with such acuity. The best moments I’ve ever experienced on Twitter all centered around what was happening right now.

When the lights went out during the Super Bowl, Twitter was the best place to be. When the Bachelorette finale aired, Twitter made me feel less like a loser for watching that ridiculous show. 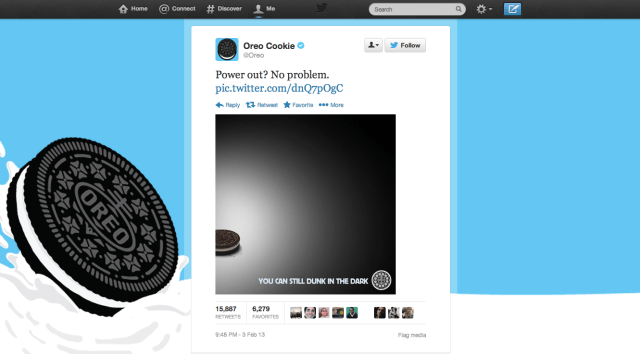 This real-time discussion spans the entirety of Twitter, from serious breaking news in Syria to things as silly as my Bachelorette finale. And what’s more, users have the option to participate or merely sit back and consume.

Baby steps have been taken, including the new conversation view feature that pulls responses to tweets into a single thread, connected by a blue line and shown in chronological order. This adds context to what can be a confusing, and sometimes one-word response to older tweets, tweets that may not even have been seen due to the fact that you may not follow the same folks as I do.

But even Twitter’s strengths have their own weaknesses. Take the follow structure, for example, which offers up just as much benefit as it does quandary. As exciting as it is to gain new followers, parsing through Twitter users that you should follow is a different matter. I assume most new Twitter users run into the same problem I did when I joined, which is following too many people and publications and organizations, only to have an overwhelming Twitter feed.

Of course, this predicament calls for extra organization, which becomes difficult on Twitter. There’s a lack of automation on the social network. That means you have complete control over your feed, but it also means that you have to manually decide on every little detail, from who to follow to your lists and back again.

A little automagic would go a long way here, as would automated filtering of the stream to surface content the user actually cares about.

ATD also reports that Twitter is working on the third major revamp since the company’s launch seven years ago, with a focus on simplicity and integration with television to onboard new users into an instantly comfortable conversation. These are steps in the right direction, as is a move toward more media-centric feeds. Twitter is historically text heavy, and likely took a heavy blow when Instagram turned off cards integration. More media in-feed means the easier and more comfortable Twitter is to a new crop of users.

And to be perfectly honest, a little spring cleaning on the internal messaging system in Twitter wouldn’t hurt. It’s not that it’s a bad feature for Twitter, but it can’t be the hero when hunting down new users. A standalone messaging app, however, is yet another fragmentation of what Twitter is without any clear benefit to users, not to mention being a distraction to engineers who could be fixing other (real) issues on the social network.

Of course, this is all speculation until Twitter makes its move in the coming weeks and/or months, but hopefully this 1,300-word plea doesn’t fall on deaf ears. I know it’s TL;DR, Twitter, but make an exception or I’ll DM the whole thing to you, bit by bit.

This article has been updated to clarify content of the report from All Things D.