Andreessen Horowitz-backed Aviate, a startup working to build a better interface for interacting with an increasing number of mobile apps stored on our devices, is today launching into public beta. Since its alpha debut this summer, the company racked up over 70,000 sign-ups from those looking to give this new Android launcher experience a try, and all of these early adopters will now be invited in to begin testing Aviate for themselves. Meanwhile, those signing up from this point forward will be gradually allowed in over the coming weeks as Aviate scales up to support the influx of new users.

To add a viral element to their launch, the company is also giving out 5 invites per user which they can share with their friends. (TechCrunch readers can just use the code “TechCrunch” to try it out, however.) 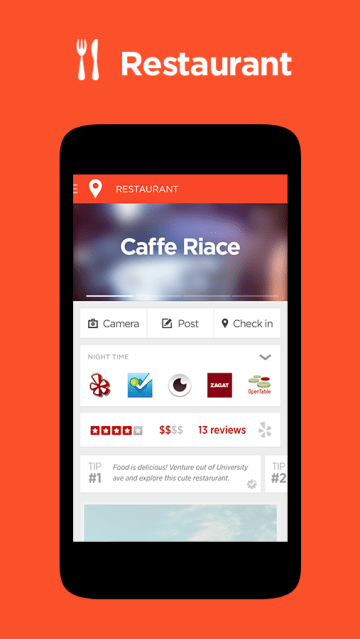 We previously took an in-depth look at Aviate this July, but for those unfamiliar, Aviate is, at its core, a new kind of Android launcher. What makes it different is that, where the majority of Android launchers on the market right now focus on customization, Aviate is about reconfiguring your Android homescreen based on your current context. That means your current location, movement, and activity.

For example, if you’re at work, you’ll have a suite of business apps provided for easy access. While traveling, you’ll have things like Google Maps or navigation apps, or Yelp to find nearby restaurants, bars or other hotspots. While at a restaurant, you’ll have quick access to check-in on Foursquare, reviews and tips from third-party services, quick access to the camera, apps like Zagat, Foodspotting, or OpenTable, and more. And when at home, your “nighttime” screen shows tomorrow’s calendar and schedule, and offers you apps like Amazon Kindle for your evening reading.

New to the beta are these “quick access” functions and bits of information that appear alongside the list of relevant apps. They’re almost like smart widgets in that they function like a widget, but know where you are and what you’re doing, in order to show you information you need or provide a function you might want to use – like a Foursquare check-in button, for instance.

“When we started with Aviate, we were connecting people with applications at the moment they were most useful – like, if you were at a restaurant we’d show you Foodspotting, or OpenTable,” explains co-founder Mark Daiss, “but what we learned was that what would be a much more compelling experience would be to get the information out of those apps and put them on the homescreen of your phone.”

The apps and screens are configured by default based on what you have installed on your phone, but can be further customized to your liking within Aviate’s settings. The company also taps into the data generated by its user base to power app suggestions to help you discover more apps to try. These appear in the beta build now as well, and eventually will be how Aviate begins to monetize. 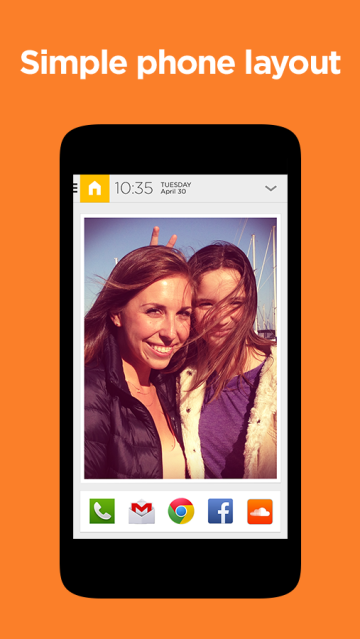 In the new release, the launcher also offers customization capabilities with support for standard Android widgets. These widgets can be placed on any screen of your choosing, allowing you to make your smartphone feel a little more like your own, rather than some pre-configured experience.

In addition to these “contextually relevant” homescreens which update based on where you are and what you’re doing, Aviate still provides you with fast access to your most heavily used apps, plus an A to Z list of all your apps which you can pull from to customize your various screens.

Though broadly referred to as a “launcher,” Aviate is offering a much different experience for Android users. It’s not aimed at the crowd of advanced customization geeks, but rather at those looking for a simpler way to interact with their phone and apps. If anything, the app is more like Facebook Home, which, though failing to make phones easier to use, definitely made it easier for users to access Facebook (as was its goal). Like that so-called “launcher,” Aviate takes over your phone’s interface, too, but without the Facebook bias.

It’s also somewhat like a Google Now service without the heavy emphasis on Google’s own products. Unfortunately for those who prefer their Android homescreens as is, you can’t make Aviate something you pull up on a swipe, like you can with Google Now, nor is it available in a widget or standalone app.

“We’re still at the beginning stages,” admits co-founder Paul Montoy-Wilson. “We want to give you the right apps at the right time as quickly as possible. The beauty of the launcher is that we don’t have to be even a swipe away – we can deliver that information to you the moment you start using your phone. That being said, there’s still a lot of work to be done.”

The company, founded by an ex-Googler team at ThumbsUp Labs in Palo Alto, previously raised $1.8 million Highland Capital, Andreessen Horowitz and others to continue that work. You can sign up for Aviate here.