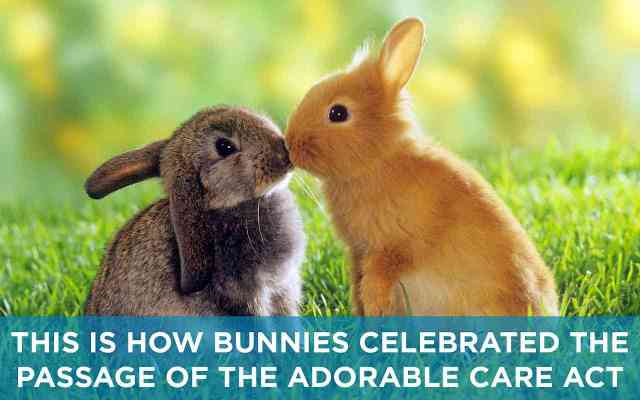 Tomorrow, for the first time, Americans will be able to easily compare health insurance plans. President Obama’s signature piece of legislation to overhaul the healthcare system, The Affordable Care Act, is betting that price comparison websites will disrupt health insurance the way Travelocity disrupted airline prices. It’s a nice theory, but crippling IT glitches, political roadblocks, and sneaky insurance options may throw a wrench in the President’s plans.

Here’s what you need to know about the online comparison program and how it could impact prices.

On October 1st, The Health Insurance Marketplace opens up to the public. Each state presents prices and features of various health plans in a (hopefully) easily comparable layout. Every health plan covers the basics like catastrophic insurance and prescription drugs; premium plans layer on features like physical therapy. If everything goes to plan (it hasn’t), enrollment begins Tuesday and health insurance coverage begins January 1st, 2014.

Since the early days of the Internet, economists found that easy price comparison online reduced the costs of all sorts of goods, from airline tickets to health insurance. The “growth of the Internet has reduced term life prices by 8 to 15 percent and increased consumer surplus by $115-215 million per year and perhaps more,” wrote Austan Goolsbee in 2000, a University of Chicago Professor of Economics and former Chairman of President Obama’s Council of Economic Advisers

Unfortunately, hospitals and insurance companies have been quite skilled at obfuscating medical costs, even in states that required price disclosure (upon request by each individual patient).

Before Obamacare, “If you’re in the individual market, you get screwed” says Ezekiel Emanuel, former healthcare advisor to President Obama and one-third of the Emmanuel brother triumvirate. “The brokers have an interest in steering you to a high price plan”.

Ideally, Obamacare will cut out the screwy incentives of insurance brokers and let consumers find the cheapest plans for themselves and their family.

Having more choice doesn’t always result in sunshine and rainbows. Just walk down a grocery isle brimming with 20 different types of peanut butter, and it’s easy to see that when consumers are deluged with options, they take mental shortcuts that result in poor choices. “The Internet is very good at comparing single prices,” says MIT professor Glenn Ellison, who finds that complicated pricing structures can blunt the positive effects of side-by-side comparison.

Plane tickets are relatively simple: most people just want to get from Point A to Point B in the shortest amount of time for the lowest cost. Choosing a healthcare plan purely on price, however, could result in dangerously poor coverage.

“People may be totally motivated by the cost of the policy and spend not an adequate amount of time looking at the deductibles and the co-pays and what is covered,” says Kenneth Davis, CEO of Mount Sinai hospital.

The Health Insurance Marketplace is shaping up to be a complicated mess of options. “Individuals will have an average of 53 qualified health plan choices in states where HHS will fully or partially run the Marketplace,” boasts the Department of Health and Human services.

That’s a lot of choices to sift through.

When I walk into a Whole Foods trying to find a jar of nut better, I’m forced to mentally juggle a combinatorial nightmare of almond, cashew, macadamia, or peanut, and raw, organic, roasted, and honey glazed. After I realize I’ve wasted 20 minutes of my life trying to select a breakfast spread, internally I scream “I JUST WANT SOME F****ING PEANUT BUTTER”, grab the cheapest jar and rush to the register.

Health insurance could suffer from the Whole Foods nut butter quandary, only instead of getting a sub par bagel schmear, a family of 4 finds it has to choose between college and healthcare for their chronically ill daughter.

“We need transparency about quality,” says Emanuel, “how do I know the cheapest or second cheapest is good or crappy?”

Emanuel predicts that “towards the end of next year”, there will be a cottage industry of websites offering better ways of comparing plans. “I would not tell my children to go become an insurance broker”.

Prepare yourself to be shocked: a massive government IT project is experiencing glitches. Technical problems will prevent both small businesses and the fine citizens of Washington D.C. from signup on the Tuesday launch.

Part of the problem is that the insurance exchanges are being run by the States themselves, unlike the airline industry which releases prices to the public, so that comparison websites can develop their own systems. I reached out to the HHS last week to understand why the government decided to handle this completely on their own and have yet to receive a response.

More experienced government agencies, such as the Presidents’ Office of Science and Technology Policy, have learned not to develop their own websites, and instead just release data to the wisdom of the Internet masses.

While Obamacare mandates coverage, it doesn’t mean that youngins will sign up in a timely manner or choose not to pay the fine ($95 or 1% of their income, whichever is bigger). Currently, 26.5% of 18-34-year-olds are uninsured. In order to bring down costs overall, Obamacare is betting on healthy young citizens to subsidize the costs of their elders.

On top of spicy tweets, the White House penned a high-profile partnership with viral video maker, Funny or Die, for a celebrity-fueled promotional video. Much of this hinges on Obama being able to make insurance cool.

And, of course, that’s not the only problem. There’s also politics. Several Repubican-run states have flat-out refused to cooperate with Obamacare implementation and help inform consumers, all while the House of Representatives has voted (unsuccessfully) 40 times to repeal or defund the measure.

18% of America’s GDP is hangs in the balance of this mess. All of these promises (and issues) are hypothetical; ultimately it all depends on your faith in a government-regulated free market and the ability of semi-educated consumers to make the smart choice.