Last year, online ski marketplace Liftopia, which previously focused on offering skiers discounted lift tickets, launched an e-commerce platform for the ski resorts themselves called “Cloud Store by Liftopia.” Things have been going well since, it seems. At launch, the company started 10 resorts testing the platform and ended up with 15. Last season, that number grew to 50. And this season, the company is expecting 100 resorts will be using Cloud Store. The growth on this side of the business has allowed Liftopia to hit another milestone as well: $5 million in new funding.

Adoption of Cloud Store has led Liftopia into a new growth phase for the business. On the bookings side of the business, the total revenue last season was more than the previous six seasons combined. “It was a really big forward step for us,” says co-founder and CEO Evan Reece. “It’s been an interesting 18 months for us. Twelve months ago, we had maybe seventeen people here, and twelve months before that, we had seven,” he says. Today, Liftopia has 35 and expects to grow to 65 over the next six months. 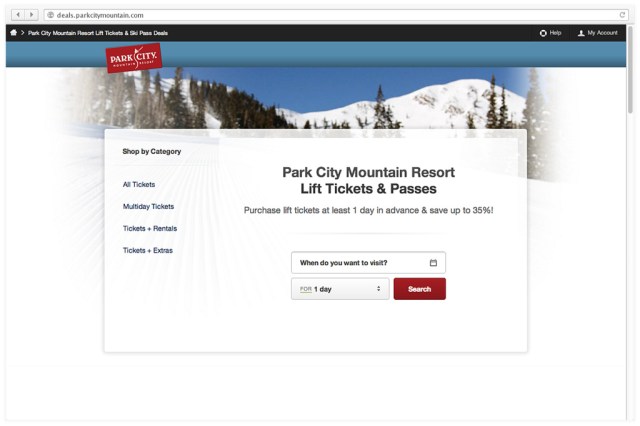 Founded in 2005, San Francisco-based Liftopia has been selling lift tickets and other mountain resort activities online and on mobile, for years. But its platform was consumer-facing: consumers went to the Liftopia homepage or downloaded and app to gain access to discounted lift tickets and other deals for resorts across the U.S., and later, the world.

But last April, the company decided to try another angle by giving its technology to the resorts themselves, allowing them to have more control over ticket pricing on a daily basis. “Resorts had said, ‘why don’t we do this ourselves, through our own sites?,'” says Reece of the Cloud Store launch. “And the answer was, well you should. We were in a unique position to use the underlying technology that powered Liftopia.com – the inventory management system and business intelligence layer – to also power Cloud Store.” Now, any resort actively participating on Liftopia.com can be onboarded into Cloud Store in an hour or two.

When Cloud Store first launched, e-commerce in the ski industry was still in its infancy – many resorts either didn’t have an e-commerce presence (and definitely not an m-commerce one), or they had a basic site with little sophistication. Instead of variable pricing, it sites would sell inventory with fixed prices. Cloud Store changed that, allowing them to instead sell for specific dates, with highly variable pricing strategies. And thanks to Liftopia’s length of time in the business, it has years of historical data to lean on, in order to help inform resorts what those pricing strategies should be to increase conversions.

Last year, Liftopia booked 1.2 percent of all skier visits in North America, but some individual resorts did 45 percent of their business online during the same period.  Now, they’ve told Liftopia want to do as much of 60 percent of their ticket sales online in the upcoming season. 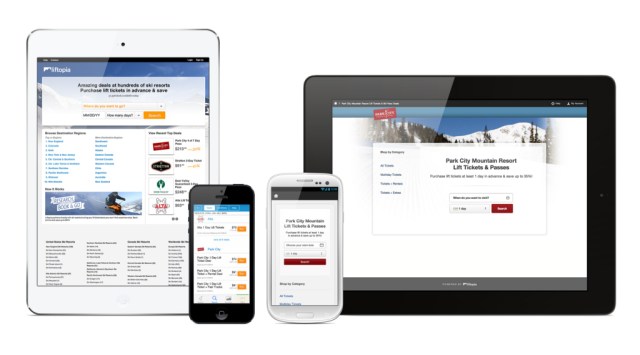 Liftopia’s business model is a SaaS-based service, but one where the rates charged are based on the transactions that come through the platform. It’s a higher percentage (12%) when transactions are driven through Liftopia.com and a lower percentage (4%) when driven through Cloud Store. “We’ve built it that way because we always want it to be in our best interest to drive drive for resorts,” explains Reece. There are also some additional costs associated with driving transactions, as Liftopia handles processing, fraud protection, chargebacks and other payment details.

As Cloud Store grows, the consumer-facing Liftopia.com has as well, reaching over 1 million visitors per month during peak season last year.

With the additional funding, the company will be focused on new product features which solve other problems for resorts, while making skiing more accessible for consumers. Reece says they’ll be looking into how Liftopia can serve additional consumer segments with the correct price points, how it can improve the mobile experience, and will look into further international expansions, too. Longer term, there’s also room for the company to move a little bit beyond skiing and other winter activities to help resorts with their year-round businesses involving other things like mountain biking or water parks. And it may also help consumers with other travel activities related to getting to the resorts, as well.

“If we continue to scale and help the industry solve its core problems around skiing, and if we get more people to ski,” says Reece,” at some point it does make sense for us…to help a person find more options for how they can get there and where they should stay.”