There’s no doubt that photo-sharing is hot, but among the hundreds of services out there tackling the space, there hasn’t been an app that has made a splash in photo-sharing in this post-Instagram world. Until Studio.

In one month on the App Store, Studio has hit 1 million downloads with over 1.3 million designs published and 1.9 million social shares generated. But what does Studio do?

Studio lets users lay designs, text, borders, etc. onto photos and share them to various websites. That isn’t all that exciting on its own, but there is also a collaboration feature that’s largely unexplored in the land of social. On Studio, you can remix other people’s designs by swapping out the base photo with one of your own, and then re-share the design.

There are controls for just about anything, with options to rotate and crop the photo, add filters, adjust brightness and saturation, as well as adding the aforementioned text, borders and designs.

For example, my sister could share a photo of herself on the beach with a special border and the text “Hang Ten.” I could then remix that photo and place the same border and text on a picture of my 10 toes hanging over the edge of a surfboard. If I surfed.

“You see, having design software alone doesn’t make it easy to produce great designs – but, if you can piggyback off creative friends with the remix feature you can produce designs above your natural ability,” said founder Joe Wilson. “This is how everyone will become a designer, just like everyone’s now a photographer.”

Studio doesn’t want to compete with Instagram or any other social network, seeing itself as a place for designers at all levels to express creativity. In fact, Studio designs can be shared to Instagram.

Where the UI is concerned, Studio has a bit of a task on its hands. Power designers will enjoy the extended feature set of Studio, while newbie designers or users can explore these tools to learn more. However, it could be slightly overwhelming for those of us who are used to slapping a filter, or maybe a blur effect, on a photo and calling it a day.

Wilson explained that the company is well aware of the complexity of broadening these tools to be accessible to experts and the average Joe, but it’s something the company is working on vigorously in order to find that “sweet spot.”

In terms of a business model, Studio will start by offering in-app purchases for specialized design packages. According to Wilson, designers are emailing the company daily to submit design packs to Studio. The company splits revenue from the in-app purchases with designers, and is currently in the process of setting up a system for designers to seamlessly submit their designs.

However, there is an interesting opportunity to introduce native advertising to the platform. Rather than throw banner ads up within the app, Studio plans to let brands create their own design packs which can be promoted, and then used by designers. For example, Nike could create design packs with “Just Do It” slogans and “Swoosh” branding, and then users can upload pictures of their own sport skills to couple with those designs.

Brand-created design packs will be automatically hashtagged, and that hashtag will be included in exports to other social networks.

To learn more about Studio, check out the app on the Apple App Store. 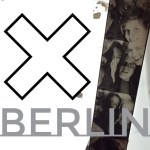 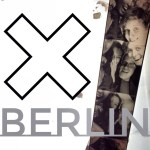 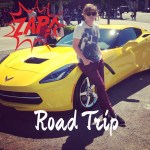 *Disclosure: CrunchFund, one of Studio’s investors, was started by TechCrunch founder Michael Arrington, who co-founded TechCrunch