Apple’s stock was up 6.15 percent, or $28.74 at market open this morning, on the back of news that its iPhone 5s and 5c have sold over 9 million units during opening weekend — a record for first-weekend iPhone sales. The stock surge follows a dip last week, which came when Apple launched pre-order sales of the iPhone 5c and failed to report any numbers related to how those sales were progressing.

Initially, some suggested that Apple’s reticence regarding the 5c pre-orders was due to weak demand, but it seems much more likely in light of this week’s announcement that the company was waiting until it had a cumulative figure to reveal. Apple has seldom broken out individual model numbers for sales of new devices, and last year when it released the iPad 4th generation and iPad mini, it included both together represented by a single figure. 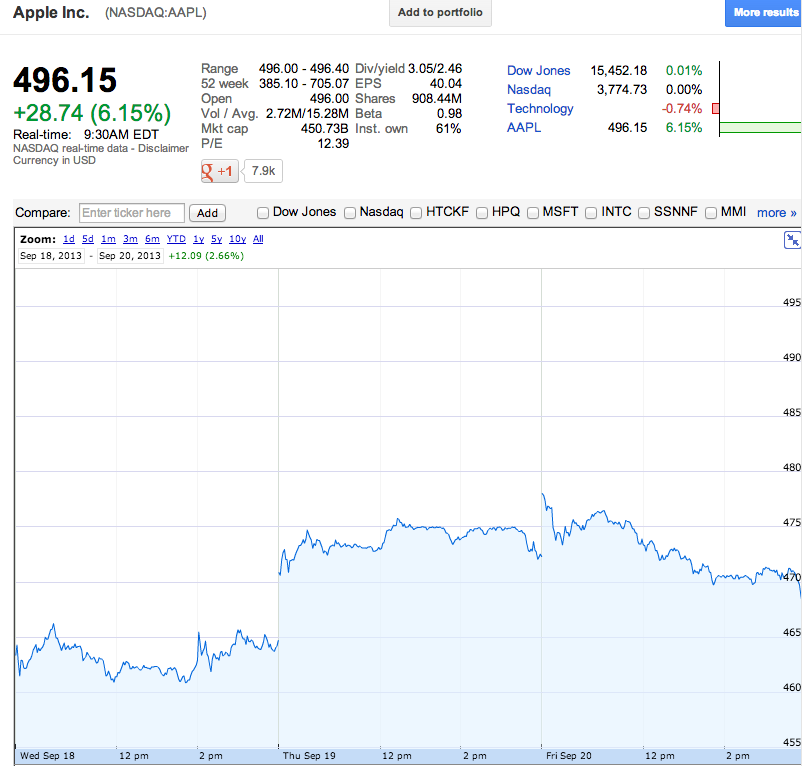 The stock gains put Apple back within striking distance of $500 per share, a milestone it has recently hit and fallen back from a couple of times thanks to market reaction to new iPhone models. Apple also updated its fiscal Q4 outlook 8-K filing with the SEC to reflect improved revenue expectations up around $36 billion for the quarter, which indicates its launch weekend iPhone sales were indeed higher than expected.