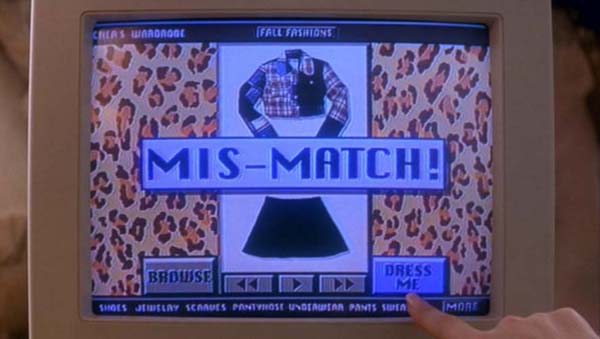 I visited the e-commerce recommendation site StyleSeek this morning and started scrolling through their new arrivals in women’s clothing — and grew more and more surprised at how much I liked everything. That was until I remembered that I had done their onboarding quiz a month ago and that their algorithm was actually just generating the items according to my answers.

That’s pretty cool. But here’s the thing: Will an algorithm tell me that those grayish pony hair shoes are not only incredibly ugly but also amazing and that I should buy them RIGHT NOW? Maybe one day. But not now.

Enter startups that take the traditional personal shopping experience — in which a living, breathing human finds you clothes and tells you to buy them all — and replicate it online by connecting customers with professional or part-time shoppers. Keaton Row just raised $1.6 million from Menlo Ventures for its women’s personal shopping site, while CakeStyle, a site that had personal shoppers sending their clients full seasonal collections in the range of $2,000 to $3,000, shuttered last month after a two-year run. On the men’s side, newcomer Brandid competed in TechCrunch Disrupt’s Battlefield last week.

DDIY (Don’t Do It Yourself) concepts will always have their detractors: It’s lazy! Bougie! Who wants to pay that 15 percent shopper surcharge?! Probably someone who is busy, clueless about where to shop, or kind of bougie. Here are five personal shopping sites we’re keeping an eye on.

While some personal shopping websites like Brandid give shoppers free rein to find products for their clients on any e-commerce site, PS Dept customers send requests to its network of specific luxury stores. That includes Bergdorf Goodman, Opening Ceremony, Moda Operandi, Helmut Lang, and Rag & Bone, the employees at which are trained to use PS Dept. Once the request is sent, the customer uses in-app messaging to look over options with the stylist. PS Dept isn’t so much for the fashion clueless as it is for those who may just be out of range of a store location, since picking a store to send a request to does require a base level of brand knowledge. That said, the app does have a window shopping feature that allows for boutique discovery.

Style for Hire takes an offline approach by serving as a hub for connecting customers with personal shoppers throughout the country. It’s pricey: If I were shopping near TechCrunch’s Manhattan office, I would be looking at up to $300/hour in personal stylist rates, on top of the price of clothing. But the idea is that, like a personal trainer, customers will learn how to shop better for themselves so that they can apply that to solo outings in the future.

Stitch Fix, on the other hand, flies on the cheaper end of women’s clothing, at about $65 per piece (plus a $20 styling fee per shipment). The site uses onboarding questions about personal style, budget, and body type to give the company’s in-house stylists a starting point. The shopper will then pick out five clothing items to send to the customer, and which ones they keep and send back also help inform the system about her preferences. Stitch Fix received $4.75 million in Series A funding earlier this year, which was co-led by Baseline Ventures and Lightspeed Venture Partners with the participation of Western Technology Investment. The funding should help it scale by building its stylist base. Even with the time saved by algorithmic learning, the model still requires hands-on time from the shoppers, a potentially limiting factor. 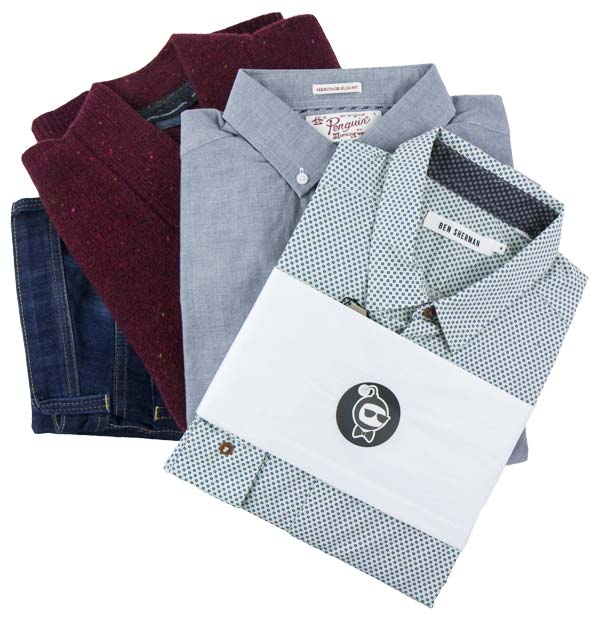 On the men’s side, 500 Startups graduate Bombfell is a monthly subscription service at pricing levels starting at $69/month. It uses an algorithm that takes into account data points like measurements, style preferences (from an onboarding quiz), and social media to generate a roster of pieces the guy might like. A stylist then has the final say on which piece to ship. The idea is that the system is both efficient and has a human touch. Last February, Bombfell raised a seed round of $730,000.

Whereas PS Dept is going to appeal more to people who already know fashion, Keaton Row takes the opposite tack by approaching women who don’t read Vogue. Maybe the most honest feature on this particular site is an onboarding question that lets customers mark, on a sliding scale, the degree to which they want to highlight or draw attention away from certain body parts. (Yes, I’m an advocate of maintaining a healthy body image. But sometimes you’d rather not play up your arms. That’s okay.)

The advantage of Keaton Row is that customers are paired with a dedicated stylist, rather than having a different shopper with each purchase. They’ll come to know your taste well in the long run, meaning they’re more likely to nail it on future requests.