While it’s been obvious for the last few years that Android and iOS have created a two-horse race in the world of smartphone OSs, is it possible that a third could emerge?

But perhaps that third horse is going to be an Android variant.

The team running Cyanogen, Inc. has been behind one of the most popular Android ROMs in the world — Cyanogen Mod. They’ve just raised $7 million in funding raised by Benchmark Capital to turn what has been a hobby project into a real business pioneering a direct-to-consumer route for delivering a mobile OS.

Consumers frustrated with the standard flavor of Android can flash their devices and replace their software experience with Cyanogen Mod, which boasts additional security and personalization features along with better speed. Now they have roughly 8 million users who have installed Cyanogen Mod without any expensive marketing efforts. Beyond those 8 million direct users, other Android variants like Xiaomi’s MiUI leverage Cyanogen Mod so the real reach of the project is several times larger.

“This is something that I kind of started for fun when the first generation of Android devices came out,” said co-founder Steve Kondik, who worked on Cyanogen Mod while serving as a staff software engineer at Samsung. “But it just took off and snowballed. And soon people started giving me advice about features that they wanted. We just solved a lot of painful technical problems to do this.”

But right now, the install process for Cyanogen Mod is pretty painful. It can take an hour or more. “We’re fighting against the grain a little bit,” Kondik joked.

With the funding, the startup is building an installer that’s going to make this process dead simple.

“It should be as simple as grabbing an app from the Google Play store,” he said. “You’ll be able to install Cyanogen Mod with essentially with one click.”

Kondik believes that Cyanogen Mod could be a ‘mobile OS by the users, for the users.’ The company’s build process and relationship with its users resembles how China’s Xiaomi deals with its rabid fanbase in releasing new versions every single week with features the community suggests.

Kondik said that he’d sometimes upload multiple versions of Cyanogen Mod a day to fix bugs. He’d also run into work from his fans. Users would mod his mod, and then even do mods of his mod’s mod.

“It was a lot of fun,” he wrote in a letter to users today. “We all shared the same idea—there was a product we wanted, nobody would make it, so we did it ourselves at any cost. This idea became the ethos of our community.”

To this day, Cyanogen Mod manages releases for many kinds of users. They have a “bleeding edge” release that’s updated every day for the more adventurous and experimental user and then more stable monthly builds.

With the new funding round, which was actually closed a few months ago, Kondik left his job at Samsung. Boost co-founder Kirt McMaster came on as CEO to run the company and manage the fundraising process. They now have a team of 17 working on the project. 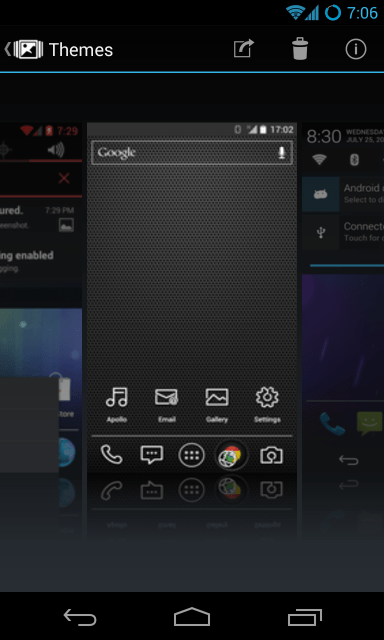