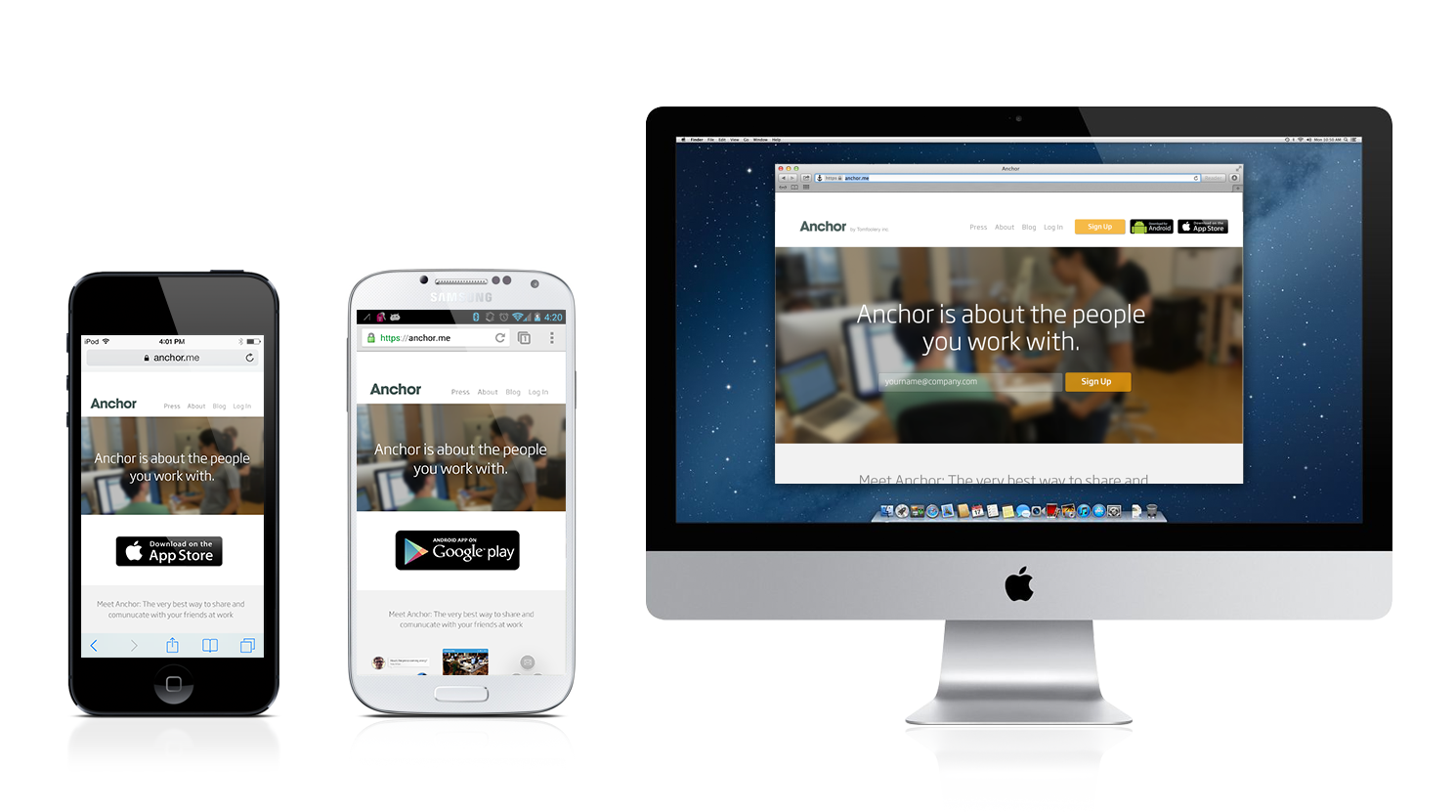 Tomfoolery, the mobile app lab founded by ex-Yahoo and AOL execs committed to making enterprise solutions more consumer-friendly, is today launching a new, iOS 7-friendly version of its debut app, the conversation platform Anchor, as well as expanding it to Android.

Along with this, Tomfoolery is adding in a number of integrations that take Anchor beyond “fun” features like photo and location sharing, and more firmly into the territory of utility. For starters, Anchor now allows users to share files from Box.com and Dropbox. For those who use Evernote, you can now export your notes from Anchor into the note-taking platform for future use and reference. Companies are now also able to create company directories on the platform — a listing of all employees who are on Anchor — which can be used to find email and phone details, as well as link for chatting.

Backed with $1.7 million in seed funding from Andreessen Horowitz, David Tisch, and a number of Yahoo and AOL veterans including Jerry Yang and Brad Garlinghouse, Ash Patel at Morado Ventures and Sam Pullara at Sutter Hill Ventures, Tomfoolery launched Anchor in July of this year, now has 2,500 companies of varying size using its app.

Kakul Srivastava, the co-founder and CEO, acknowledges that there is a rush of “consumer-friendly” enterprise apps cropping up (including Slack, created by another former Yahoo, Stewart Butterfield).

“We have been impressed by how many new entrants there have been in this space since we launched, and even more, how many existing product have pivoted to focus in this space,” she says diplomatically. “We’re happy to see that the market is validating that there is an opportunity here. Having said that, like many markets that are in the early parts of their growth curve, a lot still needs to shake out.”

The fact that Anchor has now been around for a couple of months has given the company some key insight into how to further develop the app, and also about what to work on next, she notes.

“By dint of having been out there a couple of months with real users, we’ve learned a great deal about what people love,” she says. “I can absolutely guarantee that no one is using the other apps in the field as Anchor is being used. Our mobile-first philosophy — placing photos and location as central experiences — has really made a difference, not to mention our strong, strong focus on building real personal and social relationships between coworkers.

While Tomfoolery, co-founded by ex-AOL exec Sol Lipman who worked on consumer services there as its head of mobile, is “not focused on monetization right now, it’s clear that our users find the app and service valuable,” she says. “We have clear ideas about how monetization will happen,” and taking a page from the consumer app world, she notes, “Our focus is building a great product and growth.”

As for what comes next, it sounds like Tomfoolery is already raising its next round (“no details to share yet” on that front), and they are already hard at work on the next app. “Can’t talk about what’s coming next,” she says, “but it is in active development and moving extremely fast. We are putting a lot of energy behind this next one, and we’re very excited about it.”