In a world where the “quantified self” is now mainstream, Beestar is launching to offer one of the most precise location and activity trackers in the world.

And not only that, the technology provided by Beestar is embeddable in almost any type of sports equipment, from tennis rackets to ski equipment and everything in between.

As it stands now, most professional sports teams and clubs have proprietary systems that cost exorbitant amounts to track the progress of each player’s speed, agility and strength, and most only work during the games or matches themselves. Beestar implements this same service, with more accuracy, in a single, multifunctional device called the Quasp.

The Quasp precisely measure acceleration patterns, reactivity in change of direction and sports team tactic quantification through highly accurate location tracking. As opposed to usual GPS offerings that only measure within 3-5 meters of the target, the Quasp can locate the target at the centimeter level. 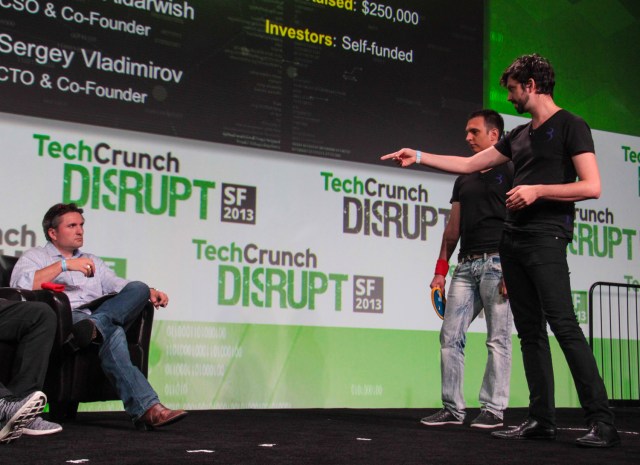 Quasp light, the entry-level version, offers all the above tracking services through an iPhone or Android app, letting users view progress and performance stats after the fact.

Quasp Pro, on the other hand, lets users track the same stats in real-time with the help of an extra piece of hardware, the Quasp access point.

Past that, Quasp Pro also offers quantified shocks during tackles or impacts, real-time tracking of the whole team at once, and simultaneous client application access so multiple coaches can see what’s happening on the field or court at the same time. Quasp Pro also lets users synchronize with video streaming, though the camera isn’t included.

Quasp Pro also lets teams and sports clubs build on top of the Beestar API to offer location or acceleration tracking applications to others. For example, a football club could offer a special spectator app to let viewers keep track of players’ speed, etc. 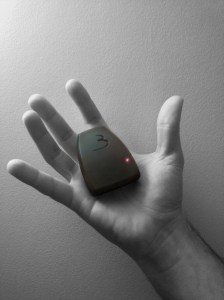 Beyond Quasp Pro, teams can sign up for Quasp Premium for remote data storage and historical data access and analysis.

According to the founders, the greatest challenge here (beyond sizing down the Quasp to be wearable and still offer 15 continuous hours of transmission) is convincing traditionally conservative professional sports clubs to upgrade to a new, software driven service.

” More than once, it appeared that coaches or trainers or even physiotherapists feared that an advance system like the QuASP could take control away from them, threatening their position as expert,” said co-founder
Emanuele Francioni. “We are working on our communication strategy so to stress that the QuASP cannot substitute human expertise, but if used properly can be the ace up every team’s sleeve.”

Eventually, Beestar believes their technology can be used in the advertising and indoor positioning verticals, but scaling starts with the sports industry.

To learn more about Beestar, check out the website here.

Q: Is this a platform just for pro sports or are you trying to sell it to consumers?
A: We’re launching on Indiegogo with the Quasp for consumers, with offerings for professional and semi-professional teams to measure speed, acceleration and position.

Q: How do you ensure that the software isn’t overly complicated?
A: We have a hub that effectively does the differential calculation. Internally, the hub has a web server so you can query these measurements in a normal application. All you need to do is connect to the access point through Wifi. The service is just about these three measurements, speed, acceleration and position, so it’s inherently simple. We’re working on the application for consumers still.

Q: GPS has to work all the time which will kill battery. How long will the battery last?
A: We’ve worked hard to ensure battery life isn’t an issue for these devices. This particular tennis version of the Quasp has 13 hours of battery life.

Q: What’s the business model?
A: We have online and offline versions. You can either broadcast the data on the sensors with the Quasp access point built for professional athletes, or you can upload the data offline, which isn’t in real time. We still want to keep the consumer market, so we’re letting users upload that info to their smartphone or iPad.