Startup Alley at TechCrunch Disrupt this year is underway, and pplconnect is one of the companies exhibiting today. This Montreal-based startup, co-founded by Jenviev Azzolin and Densil D’Sa, is looking to make your entire smartphone a virtual device, accessible anywhere, at any time, from any device so long as you have an Internet connection. They’re launching their private beta for the first time at Disrupt.

Remote access to devices like PCs is already common practice and has been for a long time. Generally with these setups, you can actually gain access to your machine itself, streamed to whatever screen you happen to have to handy. pplconnect is similar in theory, but very different in practice. As D’Sa explained to me in an interview, it’s more about providing access to all the content and basic services of your smartphone regardless of where you are, but with a native interface tailored to each environment. 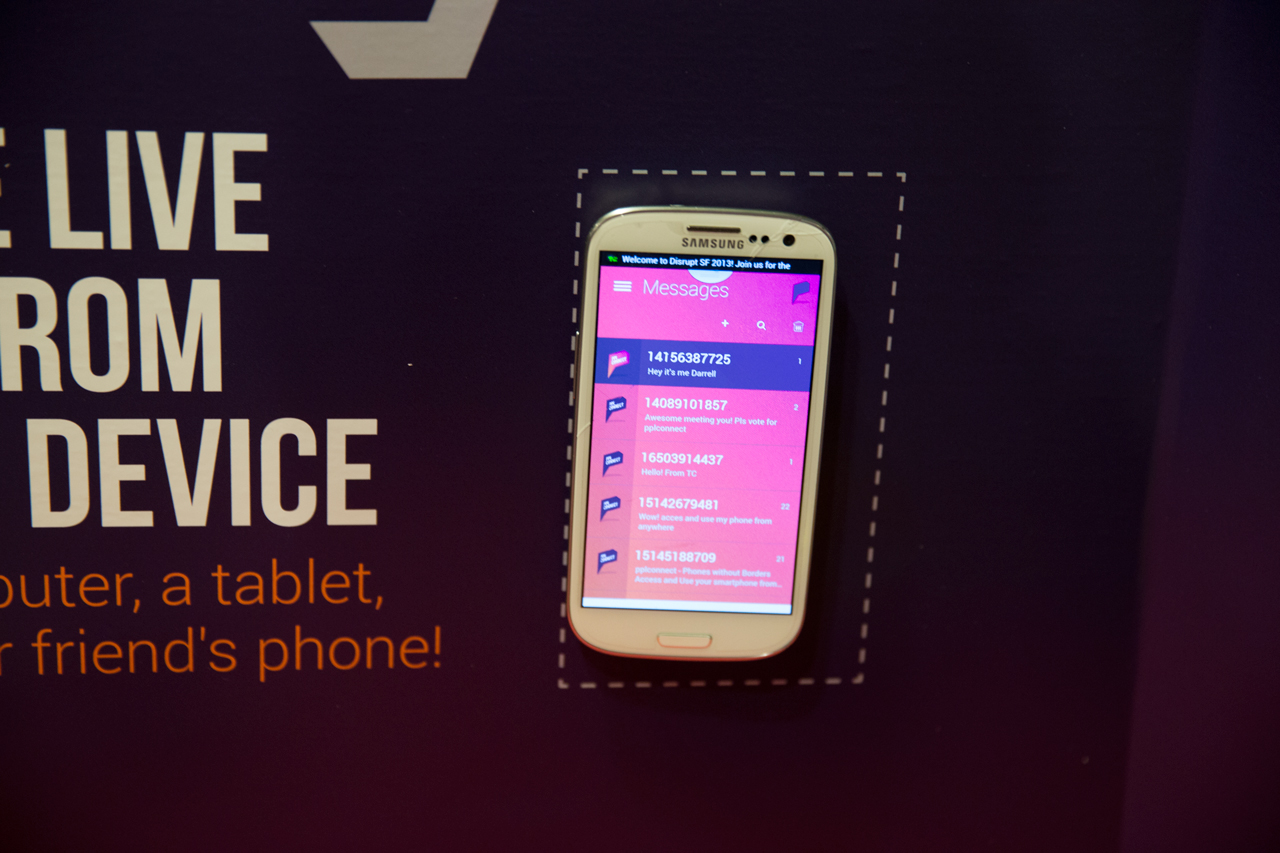 On Android and via a web-based interface for now, you’ll gain access to the ability to call with your own number, send and receive text messages, view stored media and even temporarily transform a friend’s device into your own if you’re in a pinch.

“Our system is actually a complete phone on its own, so you can use it as a standalone smartphone,” D’Sa said. “So you could use it independently, but the idea is we link this with your hardware smartphone, and your contacts and information are accessible and usable in every web-enabled device. If you receive a text on one, you can receive it on all devices at once.”

The texting aspect is a bit like an iMessage, but platform agnostic. D’Sa and Azzolin demoed pplconnect in action for me at their booth, and despite spotty conference Wi-Fi, it worked as advertised: a text I sent D’Sa’s phone showed up on three separate screens, including on an Android tablet, a PC and an Android smartphone. Plans to support iOS are in the works, and an app should arrive next year. The permissions difference between iOS and Android for third-party developers mean it’s trickier to make pplconnect work with Apple’s mobile OS.

Pplconnect has been in development for two years, when D’Sa and Azzolin quit their jobs at Bombardier to devote themselves to the startup full-time. They both shared a vision of total smartphone portability, unbundled from specific devices. Hotel your Phone is a feature that’s exemplary of that vision. 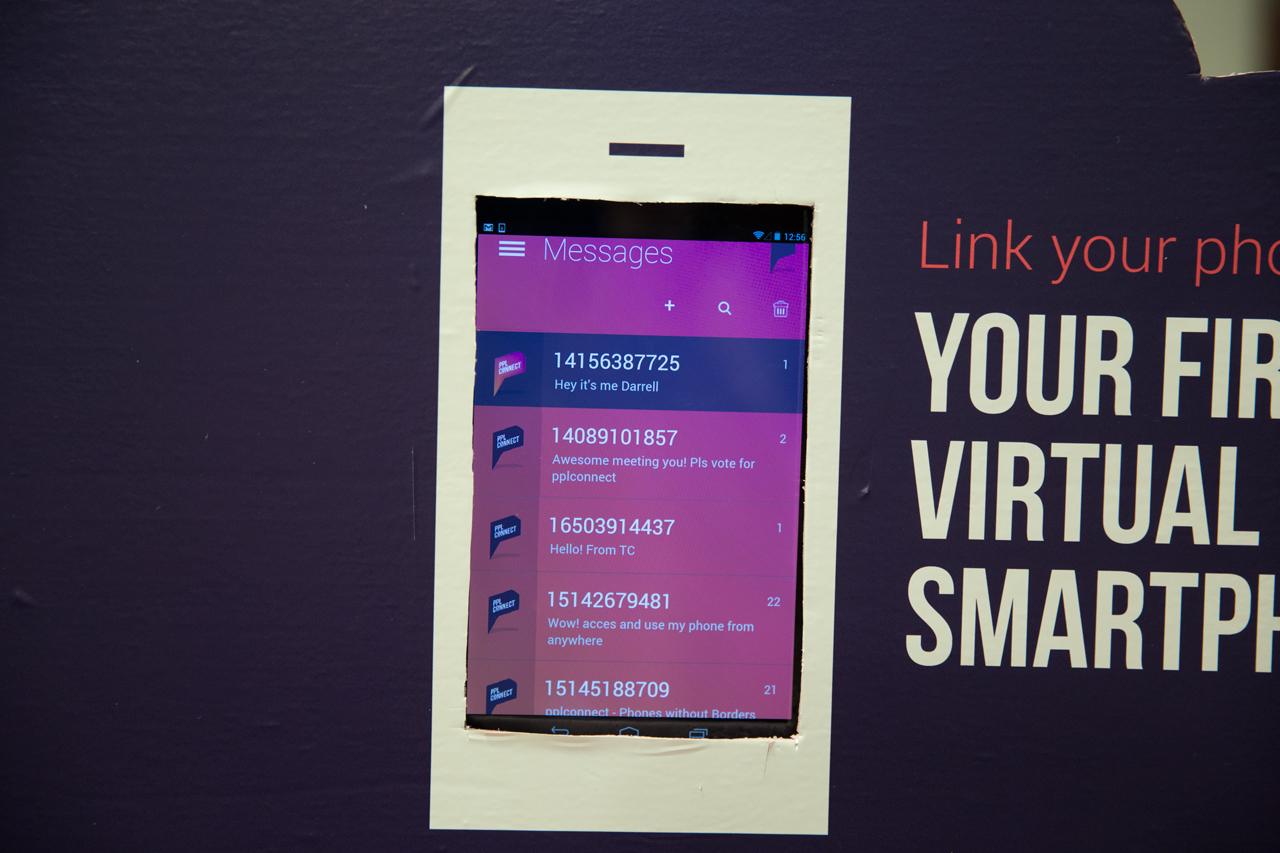 “Hotel your Phone is the idea that you can even borrow someone else’s phone and login with yours,” Azzolin explained. “So you can login and make a call with your number, so the receiving person doesn’t even realize that it’s coming from a different device.”

Eventually the vision is to make everything, including apps, calendars and anything else accessible from any web-based. But at the same time, they advocate the fact that users don’t have to change their habits to get on board. They don’t have to have to learn any drastically new behaviours.

Pplconnect has been funded through an innovation grant so far, which is fairly standard for a Canadian startup, and raised $800,000 from that, plus they’ve also just raised $150,000 from private equity firms. They’re in the process of raising a follow-on to their initial seed investment to help kick development into full gear.