It’s clear more than ever that hardware is in vogue. The rise of crowdfunding graciously coincided with the shrinking of processors and sensors. It’s never been easier to create a smart device. And on Wednesday, September 11, hardware companies will fill the halls of The Concourse at San Francisco Design Center for Disrupt SF. The atmosphere takes on a distinctly science fair vibe, with drones flying around, LEDs flashing, 3D printers churning out models of TC East Coast Editor John Biggs’ head.

TechCrunch events have always featured hardware companies. FitBit launched with us. Lit Motors. Gtar. Tovbot. We strive to find the very best startups for Startup Battlefield and that often includes guys and gals that build tangible objects. This year is no different. Some amazing hardware companies will launch on the Disrupt stage.

The hardware theme runs throughout the conference, and it all starts with the Hackathon. Chevy is asking attendees to build applications for its in-vehicle infotainment systems. Meanwhile, Pioneer — the folks that make radios and speakers — will be onsite looking for teams building applications for its AppRadio platform. LiveBolt, a sort of DIY Lockitron, won the hackathon last year. Don’t shy away from making hardware at the hackathon. 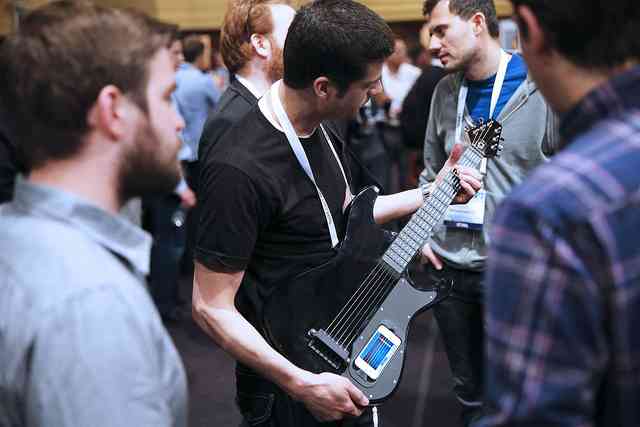 I’m also excited to have several notable leaders in hardware at Disrupt next week. I’ll kick off the final day of Disrupt with Nick Woodman, the 36-year self-made billionaire behind GoPro cameras. The company was called Half Moon Bay for the better part of its life, but recently outgrew its digs on the beach and moved inland to San Mateo (but not before opening half a dozen offices around the world).

Pebble’s Eric Migicovsky will join John Biggs on stage afterwards to no doubt nerd out about the joys of watches, Kickstarting and rapid prototyping.

This isn’t the first time we’ve brought hardware companies to Disrupt. But this the first time we’ve gone so big with the theme. Silicon Valley is returning to its roots in a way by building things, objects you can touch and physically hold in your hand. Sure, software is still dominant in the Valley and there’ll be no shortage of it at Disrupt, but this year, expect hardware to make a prominent appearance. And that makes this DIYer from Michigan very happy. 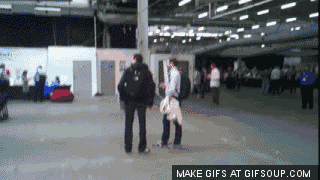