Check, the makers of a cross-platform mobile finance app that allows users to track their cash, bills, investments and credit cards and pay bills while on the go, announced today that it has closed a $24 million round of series C financing, led by Menlo Ventures. The company’s existing investors, including Morgenthaler Ventures and Pitango Venture Capital, also participated in the round, bringing its total to $49 million. As a result of the new round, Menlo Ventures Managing Director Doug Carlisle will join the startup’s board, along with Avery More, the founder and former CEO of CompuCom.

Formerly known as Pageonce, the Palo Alto-based company launched in 2008 with a mission to become the mobile version of Mint.com, offering tools that enable consumers to manage their bills from their smartphone. The company has grown steadily over the years, amidst a crowded market, attracting 10 million users to its free Android and iOS apps.

In January, Check co-founder and CEO Guy Goldstein told us that bill pay volumes processed through its payment platform had reached $1 million per day and had seen 30 percent month-over-month growth in payment volume since hitting the App Store in January 2012. Fast forward to today, and Goldstein tells us that, in terms of payment volume, Check is now processing more than half a billion dollars annually, and has grown to 100 employees. 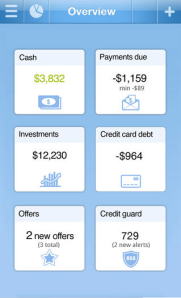 Though the mobile payments space has seen considerable activity over the last few years, Check has the advantage of being one of the veterans, differentiating from a growing list of apps like Concur, Doxo and Mint by giving its users the ability to collect and view all of their bills in a single, mobile dashboard.

Making money by charging 4 percent on each credit card transaction that takes place within the app, Check has more recently begun pursuing partnerships with enterprises to boost monetization. The company announced a partnership with Alltel Corp. in June, giving Check access to the wireless carrier’s 600K customers, allowing them to pay directly from their smartphone.

Goldstein tells us that, with its new funding in tow, the company plans to double down on its business, particularly through partnerships with wireless carriers and regional utilities companies. With the bill payment services industry now topping $20 billion, the Check CEO sees a big opportunity ahead. Most bill pay options remain offline or are limited to the Web (like biller direct or online banking). Thanks to the fact that the majority of the players in the space traditionally have offered point solutions for things like budgeting, presentment and account aggregation with limited bill pay, growth has been slow.

From the beginning, Goldstein says, Check has focused on simplifying the process by which we manage and pay our bills, while working to bring all of the features one would typically find spread out across a variety of point solutions together into one app. Over the years, Check has rounded out its mobile payment platform with push notification bill reminders, free phone support, bank-level security and the ability to pay bills from any account or credit card. 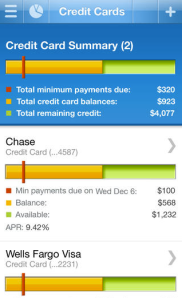 “Bill payment is a huge industry,” Menlo’s Doug Carlisle explains. “As more consumers migrate off of the traditional web-based platforms and onto mobile ones, Check is well-positioned to capitalize on its momentum and continue pushing forward with rapid expansion.” In particular, Goldstein believes that Check’s solution for billers will be a key area of growth for the company going forward.

Check is currently in advanced discussions with a number of major billers, and Goldstein says that the company is seeing a “tremendous need and demand” from billers in the U.S. These companies are eager to give their customers more options when it comes to bill pay, he says, not only by offering a mobile solution but through a variety of payment modalities.

With 10 million people now using Check to manage and pay their bills and, as it moves to secure partnerships with the country’s largest billers, Goldstein believes that the road ahead will likely one day end at the public markets.