Next up on the agenda for Disrupt SF: Robots!

Now, when I bring up robots, you may be thinking about C-3PO from Star Wars, or Rosie the maid from The Jetsons, or something else entirely. But I’m guessing that we’ve got something similar in mind — a machine that looks and acts kind of like a human being, something that’s still years in the future at best.

But after a discussion with Rob Coneybeer, co-founder of Shasta Ventures, we started to think about the ways that robots, or robot-type devices, are already starting to infiltrate our lives: Industrial robots, robotic vehicles, robotic devices in the home, and more.

So we decided to bring together companies that are doing exciting work with machines that resemble the traditional science-fiction robots for a panel titled “These Aren’t The Droids You’re Looking For.” We’ll talk about the work they’re doing (some of them may stretch the traditional definition of a robot, but hey, that’s kind of the point), where they see the most interesting trends, and I think we’ve got at least one cool demo in the works.

Rob Coneybeer, who co-founded Shasta Ventures in 2005, previously worked as an aerospace engineer and automotive engine tester. As an investor, Coneybeer focuses on smartphone companies, collaborative consumption, and The Internet of Things, and his investments include smart thermostat company Nest Labs.

Matt Rogers, co-founder and vice president of engineering at Nest Labs. Prior to co-founding Nest, Rogers was part of the iPod software development team and an early iPhone and iPad engineer.

Christian Sanz, co-founder and CEO at Skycatch, a platform for deploying automated drones for commercial use. He was previously founder of DroneGames, CTO at Storify, chief architect at Break Media, and a software engineer for Disney Interactive. 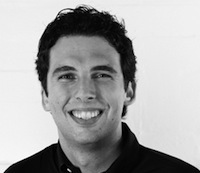 Boris Sofman, co-founder and CEO at Anki, a company you may remember from its onstage racing demo at Apple’s most recent Worldwide Developers Conference. The company is working to bring robotics and artificial intelligence to the real world by, for example, helping machines understand where they are in the physical space.

Disrupt SF will run from September 7 to 11, and the robotics panel will take place at 11:35am on the 9th. General-admission tickets and exhibitor packages are currently available. Buy tickets here.