At its Build conference earlier this year, Microsoft launched its developer services for Bing, including the Bing Optical Character Recognition (OCR) Control. Today, the company announced that it is now using Bing’s OCR tools to extract text from photos uploaded to its SkyDrive cloud storage service.

This, of course, is similar to what companies like Evernote do with images you store on its service and Google, too, uses OCR to make images on Drive searchable. Now that the SkyDrive team has partnered with the Bing team to add OCR to its feature line-up, its users, too, will reap similar benefits. The feature, Microsoft says, will support “most” common picture formats and is now turned on for users whose browser language is set to English, Portuguese, Spanish, French and German. The tool will automatically run on all camera roll photos uploaded to SkyDrive.

The Bing OCR control, it’s worth noting, is currently only available to developers who are working on Windows 8 and Windows 8.1 store apps. It’s not available for developers who want to use it in their web apps, though Bing clearly made an exception for the SkyDrive team. 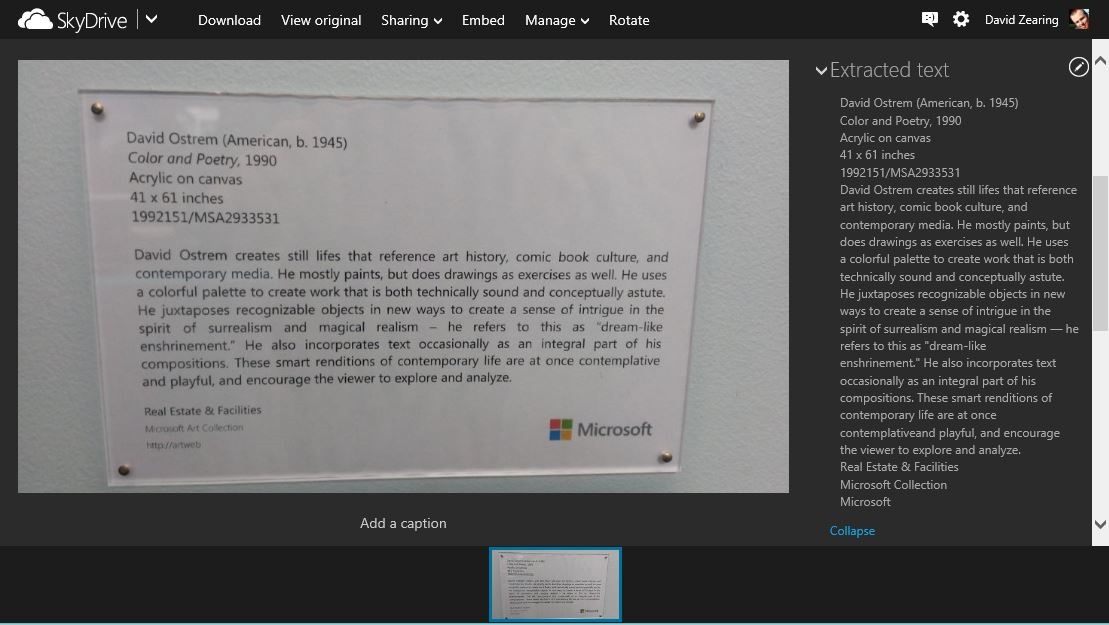 Over the last few months, Microsoft has made quite a few changes to the photo experience on SkyDrive. In May, for example, the company rolled out its timeline-based photo albums and folders. Overall, though, the service’s focus remains more on standard office documents than media files, which makes sense, given its integration with Microsoft’s Office Web Apps.