Iceland-based startup Kúla has devised a hardware extension for digital SLR cameras that lets you create 3D photos and videos. The 3D images are viewable (after converting them with its dedicated software) on a 3D TV or other stereoviewer. They can also be converted to anaglyphs and viewed using a retro pair of 3D viewer glasses if you want to pretend you’re living in the 1970s.

The hardware camera add-on, which is called Deeper, fixes over the SLR’s lens and adds a pair of mirrors either side that are used to capture the dual images required to create the 3D effect. Kúla says it’s generating a “hyper stereoscopic” 3D effect because the distance between the mirrors is greater than the distance between the human eye, which apparently results in a deeper 3D perspective.  They’ve put sample images online if you want to test out their claims (and have some 3D glasses to hand and/or advanced eye-crossing skills).

3D remains a relatively niche technology vs the glorious 2D screen technologies we continually ogle on our phones, tablets, smartwatches, TVs, etc.  3D TV adoption continues to be slow, meanwhile the 3D phones that came along in 2011 went away again in the blink of an eye, after it became apparent no one wanted to buy them. (It’s a slightly happier story for consoles, with Nintendo managing to carve out a market for its 3DS handheld console in Japan, forecasting sales of more than five million units this year.)

Part of the problem with 3D is it typically requires people to replace a perfectly good existing gadget before the end of its useful life. And while viewing 3D content might be of interest once in a while, it’s not necessarily enough of an urge to push an early upgrade. So Kúla’s take — of adding a 3D function to an existing 2D device — makes a lot of sense.  However, it still remains to be seen whether there is enough of a 3D-content generation appetite to raise the €55,000 it’s asking for on Nordic crowdfunding site Karolinafund.com to bring Deeper to market.

If it gets funded, the Deeper add-on will apparently fit lenses of Ø77mm diameter by default. They are also offering Ø52, Ø62, Ø67 and Ø72 mm adapters. The cheapest pledge price to get the Deeper add-on is currently €59. Kúla says it’s hoping to be able to ship to backers in September, assuming its funding flies. 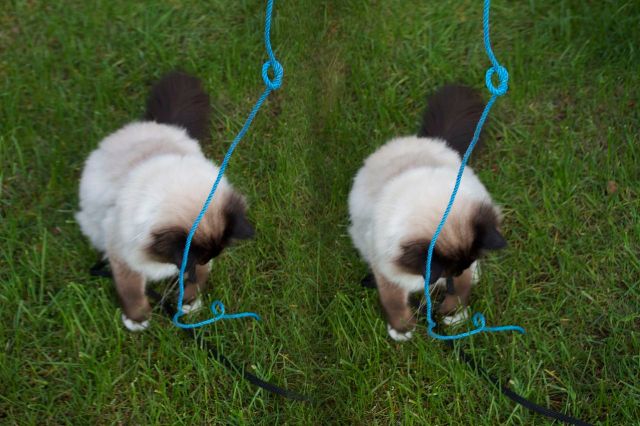