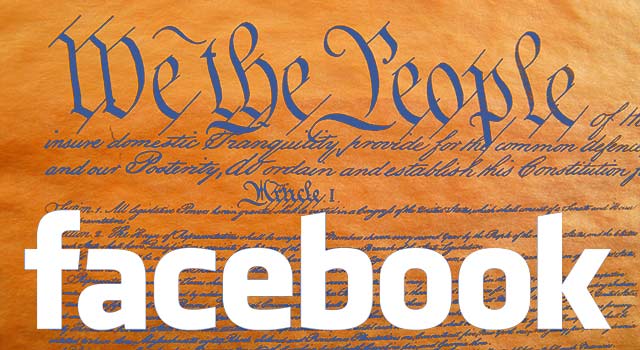 Mark Zuckerberg has a grand vision that Facebook will help citizens in developing countries decide their own governments. It’s a lofty and partially attainable goal. While Egypt probably won’t let citizens vote for their next president with a Like, it is theoretically possible to use Facebook to crowdsource expertise. Governments around the world are experimenting with radical online direct democracy, but it doesn’t always work out.

Very briefly, Zuckerberg laid out his broad vision for e-government to Wired’s Steven Levy, while defending Internet.org, a new consortium to bring broadband to the developing world.

“People often talk about how big a change social media had been for our culture here in the U.S. But imagine how much bigger a change it will be when a developing country comes online for the first time ever. We use things like Facebook to share news and keep in touch with our friends, but in those countries, they’ll use this for deciding what kind of government they want to have. Getting access to health care information for the first time ever.”

When he references “deciding … government,” Zuckerberg could be talking about voting, sharing ideas, or crafting a constitution. We decided to assess the possibilities of them all.

For citizens in the exciting/terrifying position to construct a brand-new government, American-style democracy is one of many options. Britain, for instance, has a parliamentary system and has no constitution. In other cases, a government may want to heed political scientists’ advice and develop a “consensus democracy,” where more than two political parties are incentivized to work collaboratively with citizens, business, and different branches of government to craft laws.

At least once, choosing a new style of democracy has been attempted through the Internet. After the global financial meltdown wrecked Iceland’s economy, the happy citizens of the grass-covered country decided to redo their government and solicit suggestions from the public (950 Icelanders chosen by lottery and general calls for ideas through social networks). After much press about Iceland’s “crowdsourced” constitution, it crashed miserably after most of the elected leaders rejected it.

Crafting law, especially a constitution, is legally complex; unless there is a systematic way to translate haphazard citizen suggestions into legalese, the results are disastrous.

“Collaborative drafting, at large scale, at low costs, and that is inclusive, is something that we still don’t know how to do,” says Tiago Peixoto, a World Bank Consultant on participatory democracy (and one of our Most Innovative People In Democracy).

Peixoto, who helps the Brazilian government conduct some of the world’s only online policymaking, says he’s optimistic that Facebook could be helpful, but he wouldn’t use it to draft laws just yet.

While technically it is possible for social networks to craft a new government, we just don’t know how to do it very well, and, therefore, leaders are likely to reject the idea. In other words, don’t expect Egypt to decide their future through Facebook likes.

Facebook does have an impressive impact on voter turnout. One large-scale randomized experiment found that Facebook quadruples the power of get-out-the-vote campaigns, boosting turnout a sizable 2.2 percent during a national election. Certainly once countries get more connected, Facebook will augment good ol’ fashion elections.

Moreover, as Facebook saturates an electorate, it becomes a gauge of public opinion. Last election, CNN analyzed the semantic data of status updates to figure out how the general population felt about certain ideas and candidates. Status updates are a much better source of info for issues that are difficult for survey respondents to recall, and can be analyzed in much higher volume than phone-based polls.

However, Peixoto cautions that Facebook could be an unrepresentative boondoggle. First, Facebook is all text-based, so the large numbers of illiterate people in developing nations would be entirely excluded. Second, Facebook tends to show people what they like. Facebook users are incredibly biased towards gay rights and helped to shift public opinion in the U.S.

But, in developing countries with a history of misogyny and racism, giving undue power to the most vocal critics could be a disaster. And it’s not even certain that marginalized individuals would be willing to speak in places where it’s dangerous for gays and women to be outspoken.

Theoretically, Facebook could be a huge help in driving more representative expertise. Peixoto says that on social networks “you can brainstorm and you can aggregate preferences.” So, with some research and a lot of chutzpah, Facebook could be one powerful tool in the tool belt of democracy.

Concludes Peixoto, “Facebook is in a privileged position to improve the way democracy online works.”