It takes someone special to turn their company name into a verb. But that’s what GoPro founder and CEO Nicholas Woodman has done. GoPro is now synonymous with action sports. Skateboarders, surfers and overly enthusiastic parents don’t just film their antics anymore. They GoPro them.

The action camera company has made big moves lately, and with a recent investment from Foxconn, proved that hardware can be a viable startup business. I’m excited to have Nicholas Woodman join me for a fireside chat at Disrupt SF. Hopefully he’ll teach me how to surf.

GoPro and Woodman essentially created the action video camera market. Their runaway success spawned countless knock-offs, imitators just trying to capture a bit of the growing market. But despite stiff competition, GoPro has maintained its stance as the market leader. The company now employees around 500 people around the world. Foxconn purchased 8.88% of the company for 200 million dollars in late 2012, setting the market value of the company at 2.25 billion dollars.

Along the way Woodman has stayed true to the mission of creating a camera to capture extreme sports. The company didn’t branch off. It didn’t go downmarket or attempt to compete in other markets. Woodman had found his customer early on and remained dedicated to them.

If anyone can advise hardware companies, it’s Nicholas Woodman. He will kick off the final day of Disrupt, followed by another rockstar founder, Pebble Watch’s Eric Migicovsky. 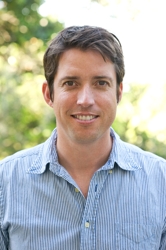 While the eight-person staff of GoPro was enjoying the success of their first HD HERO camera in 2009, founder and CEO Nick Woodman realized one thing: to support his vision, he was going to need a bigger staff. But before Woodman could think bigger, he had to start out small.

After receiving a degree in Visual Arts from the University of California, San Diego, Woodman founded an online promotions company, Fun Bug. In 2001, Woodman sold Fun Bug and took off surfing and traveling the world. The decision inspired more than the personal – Woodman’s passion for surfing sparked the idea to create the now-popular wearable and gear mountable camera and in 2002, Woodman founded GoPro. After years of research and planning, the company released its first product, the GoPro HERO, a 35mm film-based camera that was worn on the wrist.

Made up of some of Woodman’s friends and family members, the early GoPro team established the company as a true innovator by continually iterating on the product, moving from a film-based camera to a digital still and video camera. A lifetime extreme sports enthusiast, Woodman was learning how to race cars when he was compelled to move the camera from his wrist to the top of his car. This simple idea led to an array of camera mounting devices – for everything from helmets to surfboards, and even dog collars.