With its mobile business humming, what is Facebook focused on now? Well, Mark Zuckerberg’s got some big ideas, like helping the whole world get on the Internet. And he’s going to share them with our audience when he gets on stage at TechCrunch Disrupt SF in September. His talk at our conference last year boosted Facebook’s share price almost 9%, so we think this one is going to be eventful too.

In the meantime, Zuckerberg has tried to retain his hacker mentality while maturing to manage an increasingly complex business. He’s led Facebook to some big successes this year. It’s grown mobile to 41% of the company’s total ad revenue, and $FB shares have clawed their way back above the $38 IPO price.

Not everything has gone smoothly, though. Facebook Home has been slow to gain traction, even if features like Chat Heads have done well on their own. An exodus of veterans employees and designers has shook the company. Facebook was able to buy its way out of competition with Instagram,but new photo sharing and international messaging apps are nipping at its heels. And despite a lack of conclusive evidence, critics continue to claim Facebook makes us sad and teens are tuning out. 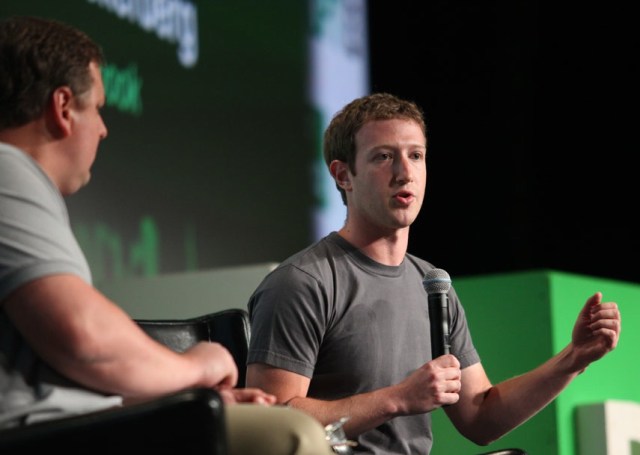 But the most fascinating thing about Facebook might be Zuckerberg’s ambitious plan to bring affordable Internet to the five billion people without it. Tuesday, he announced Internet.org, a partnership with six mobile companies to make the web accessible to everyone, and published a 10-page roadmap for getting there. Disrupt will be his first public talk since the Internet.org launch, where we’ll see if he can convince the world it’s really an altruistic endeavor, and not just a long-term user growth strategy.

We’ll ask Zuckerberg about all these topics and what else he’s pondering at Disrupt SF on Wednesday, September 11th. Also taking the stage will be Twitter’s Dick Costolo, Yahoo’s Marissa Mayer, Snapchat’s Evan Spiegel, and the world’s top venture capitalists. Check out all of the influential speakers and guests joining us on the full Disrupt SF agenda.

Get your tickets now while you still can. We are only a week and a half away, so don’t delay if you want to come. If you’re interested in becoming a sponsor, opportunities can be found here.

Students can also come be a part of Disrupt SF. We have limited student tickets available, so be sure to go here to find out how to get yours quickly.

Mark is the chairman and CEO of Facebook, which he founded in 2004. He is responsible for setting the overall direction and product strategy for the company, leading the design of Facebook’s service and the development of its core technology and infrastructure. Mark studied computer science at Harvard University before moving the company to Palo Alto, California.