Between Rockstars and Red Bulls, Thiel fellow Ben Yu and Deven Soni believe there is a $45 billion market up for grabs.

They’re looking to attack it with not another consumable drink, but rather a sprayable form of caffeine that you absorb through your skin.

Called Sprayable Energy, it’s an unscented mix of caffeine, water and a derivative of tyrosine, which is one of 22 naturally occurring amino acids that cells in the body use to synthesize proteins. They’re raising at least $15,000 on Indiegogo so they can order an initial batch of bottles to retail for $15 each.

Each bottle has about 160 sprays and each spray is the equivalent of about one-fourth a cup of coffee. So you’re looking at about 40 coffee-sized doses of caffeine for about $15. 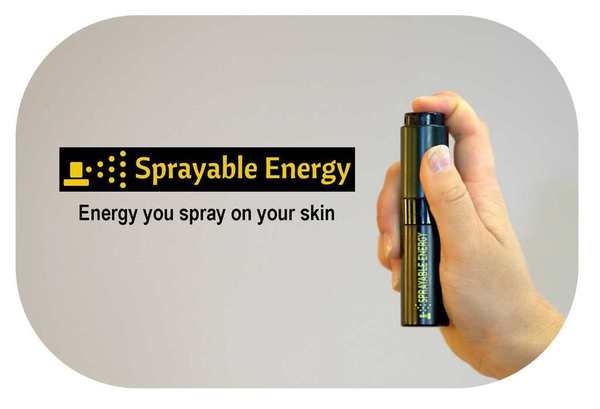 Yu, who is one of Peter Thiel’s “20 Under 20” fellows, says he started working on the product because he’s actually too sensitive to caffeine.

“I’ve always been really frustrated with existing energy drinks,” he said. “I’d drink them, get all this caffeine into my body and then get this jittery feeling. When I drink them, I can’t concentrate and then I crash.”

He started studying the structure of caffeine, and noticed some similarities with nicotine, which is already used in skin patches to fight cigarette habits. He did some tests on himself and started working with his dad, Chongxi Yu, a Ph.D. in chemistry who already has several drug-delivery patents to his name. Normally, caffeine isn’t that soluble but the addition of water and tyrosine makes it more readily absorbable by the body.

Around the same time, Yu started working with Soni, who used to be at Highland Capital Partners before starting a European seed-stage fund. They clicked on a trip to Antarctica and then started collaborating during the Startup Chile program.

“We both worked on comparison shopping and even used the same dental floss,” said Soni, who is about 10 years older than Yu and has done work in investment banking as well.

They’re looking to market the product to people who are really sensitive to caffeine or quantified self junkies who want to meticulously calibrate their daily caffeine intake.

They say the spray usually takes about 15 to 30 minutes to take effect. While there haven’t been any long-term studies on how in-taking caffeine through the skin compares to ingesting it, the company does follow FDA guidelines and produces its sprays in regulated facilities. They also pointed to some studies that suggest that caffeine might actually guard against skin cancer.