Fresh off GitHub’s Crunchie award for “Best Overall Startup“, we’re pleased to announce that its co-founder and CEO Tom Preston-Werner will join us at Disrupt SF 2013.

Preston-Werner founded GitHub in 2008 with PJ Hyett and Chris Wanstrath. The service is a social network for coding that is based on Git, the distributed software developed by Linux creator Linus Torvalds. GitHub allows developers to send and pull requests on its web-based platform, abstracting the complexity of Git’s traditional command-line interface.

GitHub is the poster child for Silicon Valley’s departure from purely consumer-focused startups. The company raised a massive $100 million round in 2012 from top VC firm Andreessen Horowitz at a reported $750 million valuation — to mainly serve the enterprise with a hosted version of its service. More than 3 million developers cannot be wrong.

GitHub is not Preston-Werner’s first startup. In 2007, he sold Gravatar to Automattic. The service, now used on WordPress, is an image that follows the user from site to site appearing beside a person’s name when they do things like comment or post on a blog.

With GitHub’s timely rise we’re excited to have Preston-Werner join us in San Francisco. Developing and coding is central to the success of Silicon Valley entrepreneur and GitHub makes the whole process so much more efficient — something other Disrupt speakers such as Drew Houston, Logan Green and Evan Spiegel will no doubt also profess.

Disrupt SF takes over The San Francisco Design Concourse from September 7 to 11. Tickets are currently on sale here and today is your last chance to get a $1,000 discount. If you are interested in becoming a sponsor, opportunities can be found here. 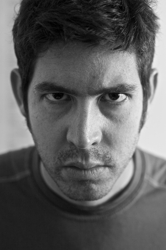 Tom Preston-Werner is a software developer and entrepreneur who co-founded GitHub in 2008, along with Chris Wanstrath and PJ Hyett, to simplify sharing code and make it easy to collaborate on building software. Today, GitHub is the largest code host in the world, with a community of four million people building software together.

Before founding GitHub, Tom worked as a Ruby developer for Powerset, a Wikipedia search engine that was acquired by Microsoft. Additionally, Tom invented Gravatar, a service for providing unique avatars that follow you from site to site, which he sold to Automattic in 2007.

Tom grew up in Iowa and came to the west coast to study physics at Harvey Mudd College; he left after two years when he realized that he enjoyed programming far more than the math that was the core of his physics studies. He currently lives in San Francisco with his wife and son.