Chicago-based StyleSeek has raised $750,000 more in pre-Series A funding for its e-commerce recommendations service for lifestyle products, which is today primarily focused on men’s and women’s fashion. Though the service competes with a number of product aggregators on the market, like Wanelo, Fancy, Want, Fresh, TheFind and others, StyleSeek instead is betting on algorithms and data over social signals. The site walks new users through a “style game” in order to customize their preferences, turning the online store into a unique experience personalized to every visitor.

The company had previously raised $1 million in seed funding a little over a year ago, but is still proving out its business model and growing traffic, hoping to hit profitability by year-end. The additional funding comes from a mix of old and new investors, including Cedar St Capital, Jumpstart Ventures, Padova Investments, Trebuchet Fund, and angels Jeff Cantalupo (founder of Listen.co), Dave Hoover (co-founder of DevBootCamp), Hunter Hillenmeyer (former NFL player and co-founder of Overdog.com), Sam Guren (former MD of Hyde Park Angels), Owen Shapiro (CEO of consumer insights firm Shapiro and Associates), and others. 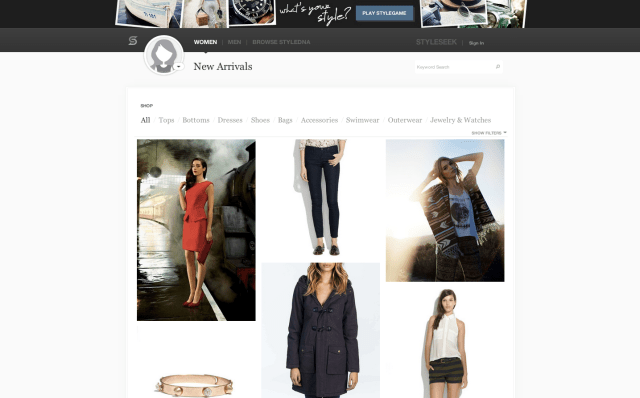 StyleSeek’s co-founder and CEO Tyler Spalding has an impressive geek pedigree – he’s literally a rocket scientist – an aerospace engineering grad who taught at a couple of universities, and who did research for NASA on the Space Shuttle program.

So what’s this guy doing building a service where women can find that perfect pair of shoes, you ask?

“I have a really big background in algorithms, data analysis, and I’m a really hardcore engineer,” Spalding says. But he explains that he was passionate about e-commerce, and even had two small (one-person) e-commerce startups prior to StyleSeek where he was experimenting with his ideas. “With my algorithms background and everything else, I thought ‘I could really solve this problem.’ I could do a lot of engineering on the backend of an e-commerce platform to do good here,” he says.

Spalding teamed up with fellow MIT Sloan classmate Chris Walti, who also has a data analytics background, and a professor, Brian Hawkins, of the Fashion Institute, to talk about how they could bring something new to market. They wanted to build a backend recommendations service that went beyond the “collaborative filtering” algorithms of today. (e.g., people who bought “X” also bought “Y.”)

Spalding describes his early vision as one of building “a Pandora for e-commerce products.” The goal was to figure out why people chose this shirt over that one, for instance – could a machine be taught to understand an individual’s style? The team spent all of 2011 running tests: paper tests, online tests, surveys, focus groups and more, and added a fourth co-founder, Frank Yang.

Some 200,000 early testers went through StyleSeek’s “Style Game,” which is essentially a tool that trains the algorithms to understand your personal style profile. 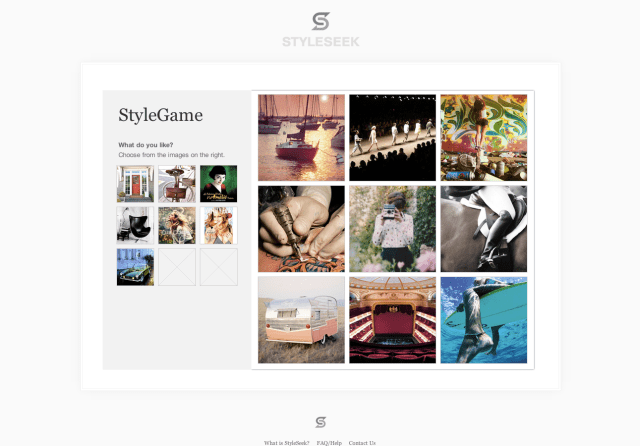 After stepping through the game, the service then pulls in items based on your actual style preferences – not your Facebook “likes” or profile data, not what your friends are buying, or what’s trending or popular with a majority of users – just things that match your own interests. “We can give you Pinterest-quality recommendations in 30 seconds – you don’t need to follow anyone, you don’t need to interact with anyone,” Spalding explains.

The company has relationships with over 150 online retailers, including big names like Macy’s, Barney’s, Saks, and Nordstrom, for example, as well as online shops like Nasty Gal, Bonobos, Warby Parker, and others. For now, StyleSeek generates revenue when users click through to purchase items off its site at these stores. And to encourage repeat visits, it sends out weekly emails, personalized to each user. 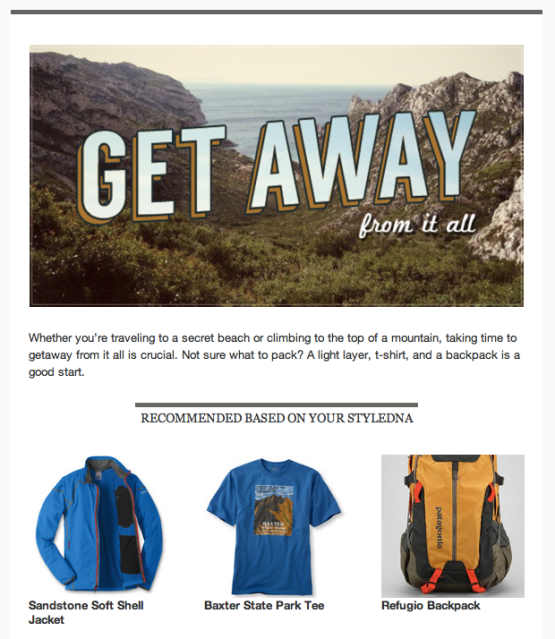 StyleSeek had first launched as a men’s e-commerce site in July 2012, and just expanded into women’s fashion a couple of months ago. Today, the site sees over 75,000 monthly uniques – a number that more than doubled after the women’s store launched. Recently, female shoppers moved to become the majority of StyleSeek visitors, as well. Shoppers generally spend over 10 minutes on the site per session, and, in terms of the big retailers on the service (think Nordstrom, Macy’s, etc.), conversions are at 3 times the industry average. To date, StyleSeek has seen over $1 million in transactions, with transaction sizes averaging around $200.00.

What’s interesting about the way StyleSeek’s game works is that you can run through it multiple times to define different versions of your own style. For instance, you may want to run through it once to create a version of the site that shows you apparel appropriate for work, but then again for your weekend wardrobe. When you’re finished, your personalized site also has a unique URL which you can share with others, allowing them to “see” the site as you do – a feature which Spalding says is great for gift shopping. (For example, here’s StyleSeek as seen by recording artist Eve, or pro athlete Dhani Jones.) 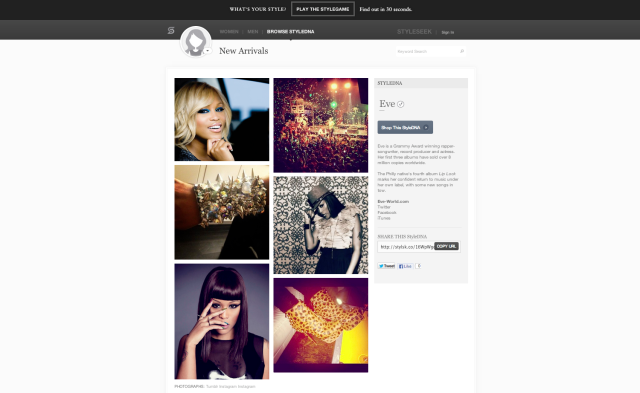 With the additional funding, the company is able to expand its runway a bit further as it expands outside apparel and into other lifestyle categories. StyleSeek is based in Chicago, and has six full-time employees.

Update, 8-14-13: The investor is Jumpstart Ventures, not Jumpstart Capital. Spalding had originally misinformed us. The post has been updated to reflect this correction.