Electric bikes are becoming more popular as the cost to own one goes down, and the cost to own a gas-powered vehicle goes up. If you ask a true cyclist what they think of an electric bike, you might get your head bitten off, but there’s no doubt that there’s a market out there for them. Rubbee wants to appeal to that market with an easy conversion device that turns your existing bike into an electric one in just a few seconds.

The Rubbee is a portable, 14lb attachment for your existing ride that offers up to 15 miles of travel on a full charge with a top speed of 15 mph, thanks to a built-in battery pack of 20,000 mAh that chargers fully in around 2 hours. It’s an elegantly simple solution that easy installs and uninstalls without the need for wires and tools like a standard conversion kit, and it features a design intended to reduce wear on your bike’s wheel, which is used to charge the Rubbee’s battery pack through kinetic force. Plus, you can make sure that the tire doesn’t touch the Rubbee at all if you need a break during a ride.

It fits nearly every type of bike, and has an integrated rear LED for safety at night powered by the same battery that drives the wheels. The best part for people who want their bikes to still look like their bikes, however, is that it’s actually surprisingly minimal in terms of how it changes the look of a bike aesthetically.

The Rubbee is the product of a team of four co-founders with engineering expertise, and a background in electric vehicles, mechatronics and logistics. The London-based team has spent two years perfecting the Rubbee from its earliest prototype, and now says the Rubbee is ready to into full production, with proven suppliers on board to provide parts and assembly. 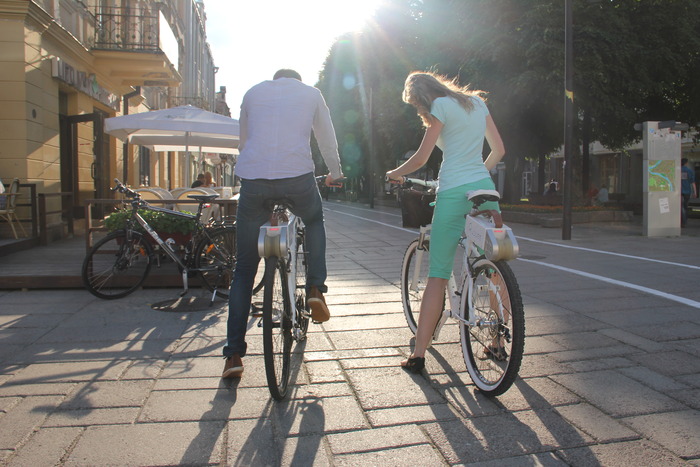 The most daunting aspect of the Rubbee is the price: £799 ($1,240 USD) is currently required to back at a level that includes pre-orders, which is around the same price as a dedicated e-bike will cost at some online distributors. But the Rubbee adds flexibility – buying an e-bike means you can’t also use it as a mountain bike, for instance, and you can share the Rubbee with a group pretty easily, too. Project funding closes in just four days, and the team still has to raise about £6,000 to reach its target, but this is just a first step for a tech that could become even more low-profile and consumer friendly.