The Internet is not a perfect meritocracy, where the best ideas naturally rise to the forefront of the national conversation. It is easy to game the popularity of some ideas by exploiting the fact that Internet users are overly optimistic sheep who blindly rate the value of stories positively if they first see that others already liked it. In a brand-new study, one of my favorite researchers, MIT’s Sinan Aral, found that he could experimentally boost the popularity of articles 32 percent on a news aggregator, like Reddit.com, by posting them with an initial few likes.

The first-of-its-kind study not only helps us determine why some ideas are more popular than others, but also alerts us to the ease at which important sites are gamed by nefarious groups.

The Study And Why It Works

Aral and his colleagues posted news stories to an unnamed aggregator over the course of several months, experimentally manipulating the initial number of likes and comments on each story. On balance, stories which were given an early boost ended up being more popular, compared to those that had no initial likes.

While Aral doesn’t speculate on the underlying psychology that fuels this bias, other researchers have found that users like to share positive stories. “When you share a story with your friends and peers, you care a lot more how they react. You don’t want them to think of you as a Debbie Downer,” said University of Pennsylvania social psychologist Jonah Berger.

It makes sense: sharing a story impacts our own reputation. No one wants to be the Internet’s sad sack.

Why Libertarians And Gay Rights Dominate

The study reveals why ideas with a rabid core of supporters will tend to dominate online discussions. A hyper-active minority exaggerate the popularity of an idea and trigger the Internet optimistic hype-machine. Indeed, while libertarian Ron Paul had minor national support as president, he dominated online discussions, receiving a greater share of positive social media chatter than the person who actually won the Republican primary, Mitt Romney.

The same goes for gay marriage. Up until a year ago, the public was largely split on the issue. 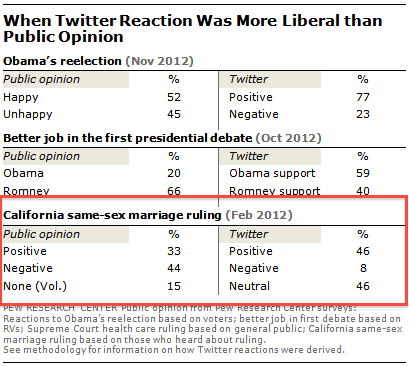 Yet, Internet users, which tend to be young and liberal, helped turn the web into a machine for viral pro-gay marriage content. Pro-gay marriage groups on Facebook had between 7 to 100 times more followers. Content, such as news of this rainbow-colored house across from the ant-gay Westboro Baptist Church, tends to get in front of our eyes. 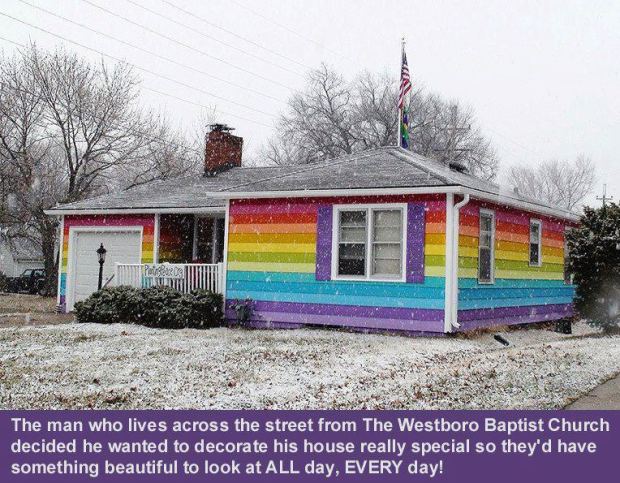 This means that the preponderance of viral content will reflect the most hardcore users, not the general public

Our sheep-like tendencies can also be exploited by nefarious partisans. Back when Digg.com was king of the news aggregator hill, a clandestine conservative contingent, Digg Patriots, banded together to vote up (and down) stories. It not only wreaked havoc on Digg’s reputation, but got the group’s ideas far more coverage than they otherwise would have had.

“When small groups agree to vote an item up early on, it can inspire herding and accumulating positive votes. This creates an incentive for manipulation. If this process holds for articles, then the signals of quality on those articles can be biased and inaccurate,” Aral writes to me in an email.

Digg Patriots ultimately got caught, and news aggregators have attempted to design algorithms that identify and neutralize conspiratorial groups. Arals study proves that it’s still possible to game the system, but not whether it can be done on political issues or whether it’s enough to make stories go viral. A 32 percent boost in popularity is nice, but a true viral story will get between 100K to several million views.

Still, it does show that the Internet is not a perfect marketplace of ideas. Ultimately, the net will reflect humanity’s own psychological biases.