Most collaboration software these days seems to focus on real time, but Kivo, a new Y Combinator-backed startup out of the accelerator’s current class, is taking a different approach.

Co-founders Zefi Hennessy Holland (CEO) and Leo Anthias (CTO) argue that most people still work on a draft-based system and send their Office documents back and forth over email. Kivo lets its users sync changes in their documents. The idea is to expand this to a wide range of often-used formats, including all of the standard applications in the Microsoft Office suite. For now, however, it only works for PowerPoint 2007 and 2010 on Windows XP and up (support for the latest version of PowerPoint is coming soon). 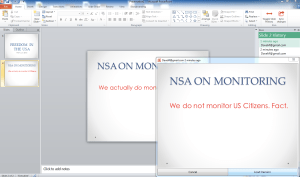 In its current version, Kivo allows you to sync documents and track changes on a per-slide basis. The tool integrates itself with PowerPoint and it just takes a few clicks to sync a new version to Kivo’s servers or to restore an older version from Kivo’s repository. The basic idea here is to ensure that users never again have to share files with names like presentation_v4_final_final.ppt.

On the backend, Kivo uses Git, the incredibly popular distributed version control system that was originally designed for source code management, to keep track of all of these changes. As Holland and Anthias told me, this allows users to keep their files wherever they want to and Kivo then hosts the Git repository on its own servers. This also has the advantage that after the initial sync, users only have to download whatever has changed in between sessions instead of the complete — and often very large — document.

Holland and Anthias believe that while real-time editing looks cool, their market research showed that it “doesn’t really fit into people’s workflow most of the time.” Users, they argue, don’t need to see every time somebody moves a box around, and this can quickly get chaotic when you have multiple people work on a document. Most companies, they note, still work on a draft-based system anyway. Kivo helps solve the problems of real-time collaboration and introduces a better workflow, Holland and Anthias add.

Kivo is available for free during its beta period. After that, the team currently expects to move to a freemium model with per-seat/per-month pricing for users who need advanced features. Given that many business users are already paying for document-sharing solutions like Microsoft’s own Sharepoint, the Kivo team believes that getting users to pay for its service won’t be very hard. For now, though, the team mostly wants to learn more about how people will use its service, so feel free to sign up here and give it a try. 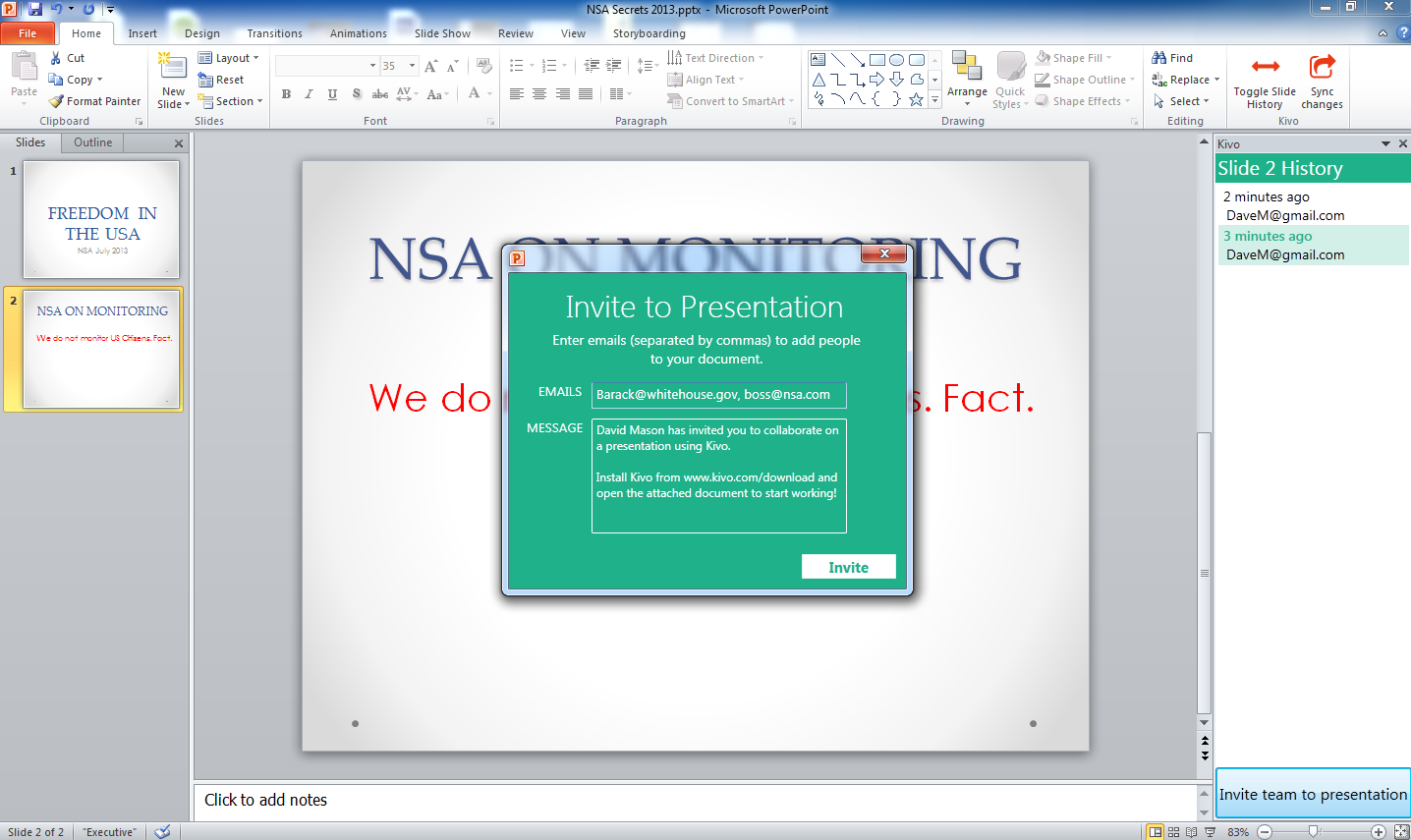