Eric Migicovsky is an unlikely hardware mogul. His first product, the Pebble Smart Watch, came to him after experimenting with watch designs and then caught fire, going from $0 to $10 million in funding on Kickstarter. His watch captured imaginations and inspired a new craze for usable, powerful smart wearables.

He also has excellent taste in hats.

We’ll be talking about what’s next for Pebble, how his retail expansion is going, and what it takes to make a hardware startup in a software-heavy environment. I’ve made it a personal mission to bring cool hardware guys like him onstage for every Disrupt, and I’m pleased that we got the coolest of the cool.

Disrupt SF takes over The San Francisco Design Concourse from September 7 to 11. Tickets are currently on sale here. If you are interested in becoming a sponsor, opportunities can be found here. 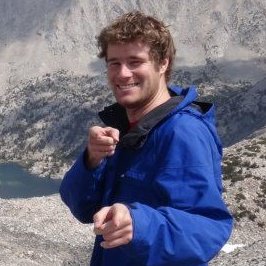 Eric Migicovsky is the founder of Pebble Technology, the company behind the Pebble smartwatch. He helped create the largest Kickstarter project to date.

You can follow him on Twitter at @ericmigi. He lives in Vancouver and attended the University of Waterloo.