Japanese startup freee, which provides online accounting software for small businesses, announced that it has raised $2.7 million in Series A funding from DCM and Infinity Venture Partners. Founded by Daisuke Sasaki, who previously led Google’s small- to medium-sized business marketing in the Asia-Pacific region, freee targets Japanese SMBs that don’t want to purchase expensive packaged software. freee will use its new funding to accelerate product development.

Before his five-year stint at Google, Sasaki served in marketing and financial positions at several startups. During that time, he became frustrated by the outdated bookkeeping methods still used by many SMBs in Japan.

“You want to be able to type in data one time and then reuse it, but first people would make invoices, then they would print those out and then a bookkeeper would type in the data again. That’s stupid,” Sasaki tells me. “I saw that inefficiency and I thought, okay, this will change. But after working at Google for five years, I didn’t see any change. So I saw there was an opportunity to make Japanese businesses more efficient.”

freee automates bookkeeping by syncing with bank and credit card accounts and categorizing transactions through text analysis. Japanese businesses can even use freee to create financial statements for tax filing. 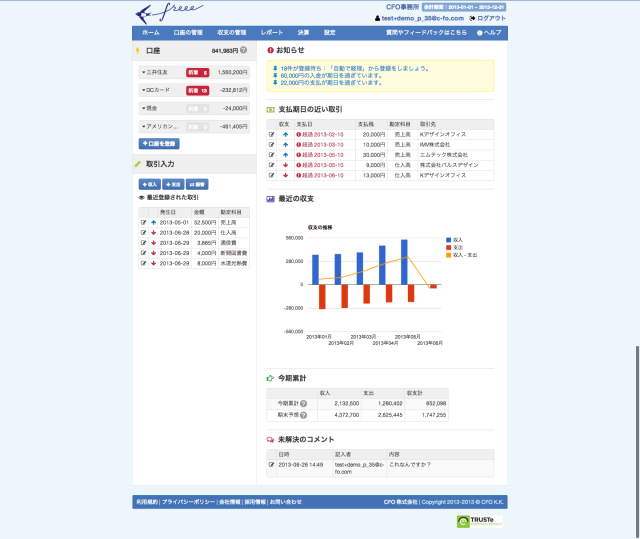 Sasaki says there are six million SMBs in Japan and less than 1% penetration for cloud-based accounting software, giving freee a sizable growth opportunity. Since freee launched in March, 6,500 Japanese SMBs have signed up for the software’s free trial.

The startup will use its Series A funding to accelerate freee’s product development by increasing credit card and bank coverage, integrating the software with point-of-sale systems for cash transactions and adding collaboration features so employees within a company can use freee to file expense reports and manage payrolls.

Sasaki says his team will also continue to refine freee’s user interface. “Most B2B software doesn’t pay much attention to user experience, but SMBs are more like consumers. They don’t have the time, so we want to make the product really friendly for those businesses.”