Vlix — a video app that let users add filters and other features and then share them with others — is shutting down in August, about a year after its developer, SpotMixer, was quietly acquired by Disney. The news was delivered to Vlix users in an email last night; a copy of the note is at the bottom of this post. Users will have until August 31 to download videos they have created on the service.

It’s not clear whether One True Media, another SpotMixer subsidiary, or SpotMixer itself, are also being shut down. We have reached out to the companies to ask. We have also contacted John Love, who is now a VP at Disney Interactive but had been the co-founder of the company in 2005.

SpotMixer, One True Media and Vlix were backed by a number of big names, including Kleiner Perkins Caulfield & Byers, DAG Ventures and NTT, to the tune of some $14 million. (We’ve also reached out to Kleiner Perkins for comment; there, it appears that Randy Komisar led on the investment.)

The Disney connection to Vlix, in fact, is only apparent when you look at the bottom of the shut-down notice, or follow through to the app’s terms and conditions. Looking around, one of the only references I was even able to find of the acquisition being made in 2012 was this small revision added to One True Media’s CrunchBase profile by one “jlove” (presumably founder John Love) earlier this year that says that “SpotMixer Inc” was sold to the Walt Disney Company. Privco, meanwhile, states that the sale of “One True Media” closed in October 2012.

It’s not completely clear why Vlix is closing, but there are probably a number of reasons.

For starters, it’s a very crowded space, with companies like Twitter (via Vine), Cinemagram, Lightt, and many more also competing for users. It could be Instagram’s eventual move into that area that was the nail in Vlix’s coffin. Or it could be that Disney had always intended to buy SpotMixer for technology that it could use elsewhere, which is why it never bothered to integrate its brand or the products themselves directly into other Disney operations. It’s worth pointing out that Love also led on the launch of Story.us, an app released by Disney in May and geared at parents that lets users create stories of patched-together videos and photos.

Vlix doesn’t appear to have any usage figures, but One True Media, a platform that lets users create slideshows (a technique appears to have been used in Story.us), currently has over 7 million users creating 15,000 videos a day and sharing them on the web, via mobile devices and on TV. SpotMixer, geared more at businesses, operates on a paid-model starting at $10/day.

If you search on the #vlix hashtag on a site like Twitter you can see some of the videos that have been created to date, taking dog and cat videos to new heights.

Update: Disney has responded to confirm the acquisition and details of this story.

“In June 2012, Disney Interactive acquired SpotMixer, a leading provider of mobile and web-based video creation and distribution services for consumers and businesses,” the spokesperson said. “Given SpotMixer’s deep product expertise and innovative IP/technology in photo and video creation and sharing services, Disney Interactive acquired SpotMixer to accelerate the development of the Story app.” 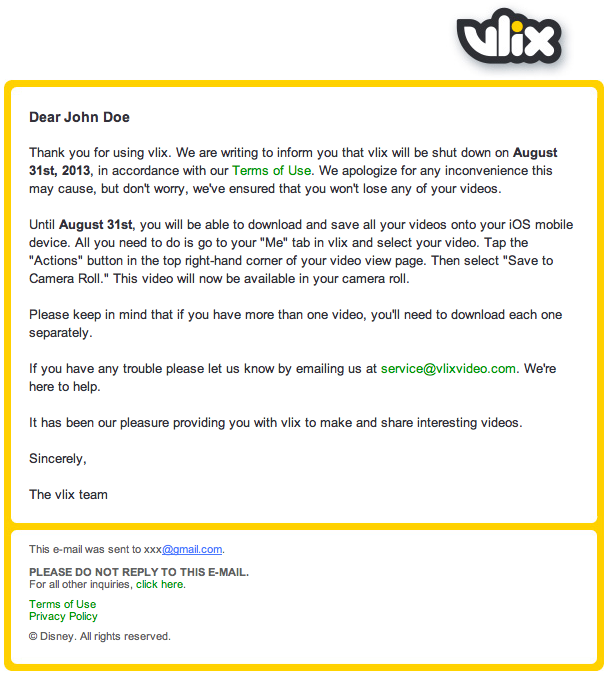