Rocket Internet, the Berlin-based e-commerce incubator that has been behind dozens of startups around the world, is preparing to spin out a few more. The company today is announcing that it has raised another $500 million from two of its most regular previous investors, Kinnevik and Access, to continue funding more new ventures, as well as invest in the many it has already created. In a rare interview, Oliver Samwer, one of the brothers behind Rocket Internet, tells me that between 80% and 90% of the company’s new activities will continue to be geared at e-commerce, but it is also exploring other areas like travel as well. 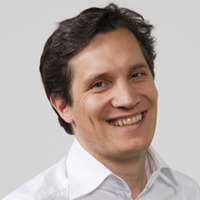 There are currently 75 startups in operation worldwide — fashion sites like Lamoda, Zalora and Zalando; payment ventures like Payleven and Paymill; food delivery services like Food Panda — employing some 20,000 people, with a projected collective turnover of $3 billion between them.

Kinnevik currently owns some 24% of Rocket Internet — a share disclosed because as part of its remit as a publicly traded company in Sweden. It’s not clear what stake Access or other regular investors like JP Morgan currently have in the venture.

This latest funding takes Rocket to over $1 billion in backing for this year, after earlier revealing that it’s managed to amass $650 million to date (some of the big deals in that earlier tranche included Lazada getting $100 million; Lamoda picking up $130 million; and Zalora also getting $100 million).

First getting its start in Europe, in more recent times, Rocket has been putting a lot of effort into building out ventures in emerging markets in Asia, Latin America and so on, tapping into countries where competitors like Amazon have yet to move.

This is something that Samwer says Rocket Internet will continue to do. This comes with more challenges — working in faraway countries, and tapping into consumer tastes that have yet to be proven among them — but Samwer focuses on something else.

He tells me that the other attraction is the the higher margins that comes with offering services in places where there is little competition:

“If you look at the most successful mobile carriers, it’s the ones who have moved into emerging markets. In Brazil, for example, the growth as well as the margins for mobile carriers are higher than they are in Europe, so that complexity is rewarded.”

As with mobile businesses doing well in countries where fixed line penetration was low to begin with, the worse the existing retail infrastructure is, the more successful e-commerce is. “People often refer to all these emerging markets as the ‘rest of the world,’ but we’re talking about 5 billion people here,” he says.

The focus on higher margins is something we’ve seen other e-commerce companies like Fab try to do more. It comes as a counterbalance to how companies like Amazon have traditionally approached the business model, with Amazon’s approach probably best being summed up as wafer-thin margins executed on a massive scale to yield big returns.

This does not mean that Rocket Internet will stop launching startups in Europe and go only for markets where it can be the greenfield player, but Europe will be reserved mainly for trying things out prior to bigger moves elsewhere. “Europe is a great testing ground,” he says. “If something is successful here, we can take it to other markets.”

Yes, this strategy, as with Rocket Internet itself, has had its detractors. Criticism has ranged from accusing them of being barefaced cloners to being too intensive with their “Blitzkrieg” approach and management style, as well as sudden decisions to shutter ventures that don’t appear to be working out.

On the subject of clones, Samwer is defensive but calm (that is, not a repeat of this).

“Why are there 25 banks or 10 car manufacturers, or why is there a Shell and Exxon and Chevron? No one can tell me everyone invented banks at the same time,” he says. “It comes down to the fact that what protects you is execution and transparency. And if you are really honest there are very few ‘Einstein-style’ entrepreneurs behind innovations like electricity. Many are perceived as innovators but it’s really more about process improvements.”

This also points to something else worth noting about Rocket Internet. It appears that the company is growing up, with the Samwers now repositioning Rocket Internet as a player for the long haul.

The thinking behind the cloning model that often gets pinned to the Samwers goes like this: you create something that intentionally looks a lot like a bigger competitor from another market. You pour lots of capital into it for it to grow. Then, when that competitor wants to expand internationally, it buys your clone for a quick, inorganic boost.

That appears to describe some of what Rocket Internet has done up to now, selling companies like Alando to eBay for $54 million (the figure that Samwer gave me today) or CityDeal to Groupon for $100 million.

Fast forward to today, however, and it is not the same company. It may be because Amazon or eBay are less inclined these days to pay the kind of valuations that Rocket will be getting for companies that are raising hundreds of millions in VC money, but now Samwer talks about how many of the companies in Rocket Internet’s portfolio “are in a standalone position,” and that its investors are not there for quick turnarounds.

“We have been building companies for the last 15 years in the internet space. We have long-term investors like JP Morgan and Summit and Kinnevik,” Samwer says. “What they all share are two things: They are very long term oriented, and they are very international. They have a global perspective. The one benefit that we have is that we feel and think very much the same way they do. We start from scratch, and we have created sustainable companies, long-term investments where it is up to us to choose the route to liquidity.”

This also means that Samwer and Rocket Internet are not feeling the same about a singular focus on exits, either.

“Our biggest mistake we made in the first 10 years was to not build the biggest business, but to sell businesses too early,” he says. “We sold a company for only $54 million [Alando] that until recently [see: Europe recession, and the ineluctable rise of PayPal] was eBay’s best acquisition ever. It was our mistake to exit too early – but at the same time the startup environment in Europe was not as supportive as it is now. And back then we needed to create a track record to be able to do what we can do today. We have grown up.”