“The Roost–stop hunching over your laptop,” I read, back and neck aching as usual. I had been working at my laptop like a gargoyle since early in the morning. But in the Roost, a laptop stand that’s raised almost $100,000 on Kickstarter, I’ve finally found a solution.

My main issue with most laptop stands is that they’re big and bulky. At the least, I’d have to buy a stand for the office and one for home. But as a writer and college student, I’m constantly working on the move–so even multiple stands wouldn’t help me much. Last summer, I resorted to resting my laptop on a box at the office, which was less than ideal.

Enter James Olander, a literal rocket scientist who decided that designing systems at Lockheed Martin wasn’t for him anymore.

“I was on this blind path for working on aerospace for probably no other good reason than rocket science sounded cool,” he says.

Olander started working at Odesk, where he would work remotely a couple days a week. He says that after a few months, his hands, neck, and back shut down on him, and he had to see multiple doctors and start physical therapy. Olander says he was terrified of being unable to use a laptop, and he bought “probably every stand that’s on Amazon.”

“I didn’t find anything that really met the need, because nothing was portable enough to the point that you’d actually use it,” he tells me. 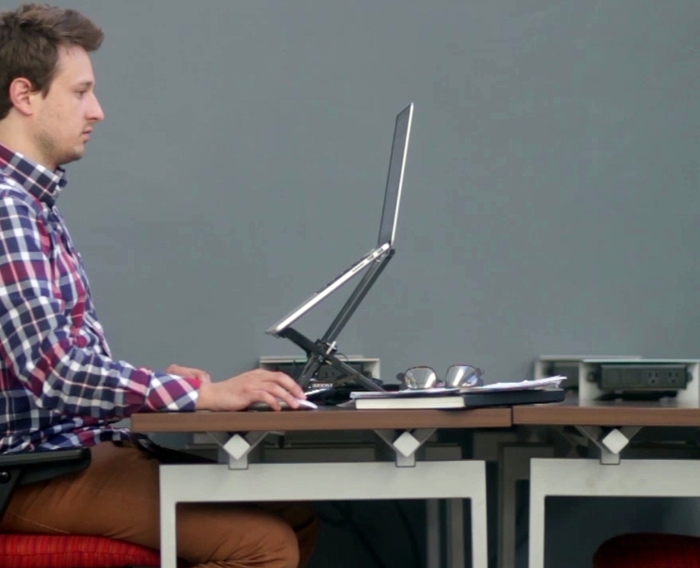 Naturally, Olander decided to build something himself, and The Roost was born. The Roost, which Olander builds himself in Denver, weighs just five ounces and folds down to a 1” x 1.5” x 13” package. Olander built it using strong materials (carbon fiber and a super plastic), so it’s also incredibly durable. It’s going for $65 on Kickstarter right now, more than some of the most popular stands on Amazon, but well worth it in my opinion.

He sent me a near-production unit to test out and I’m going to miss it sorely when I return it. The stand is super convenient–I toss it in my bag every day along with my thin Apple keyboard and track pad, and can quickly set up shop in the office, in coffee shops, wherever. The laptop clips on to the stand and is really secure and sturdy. 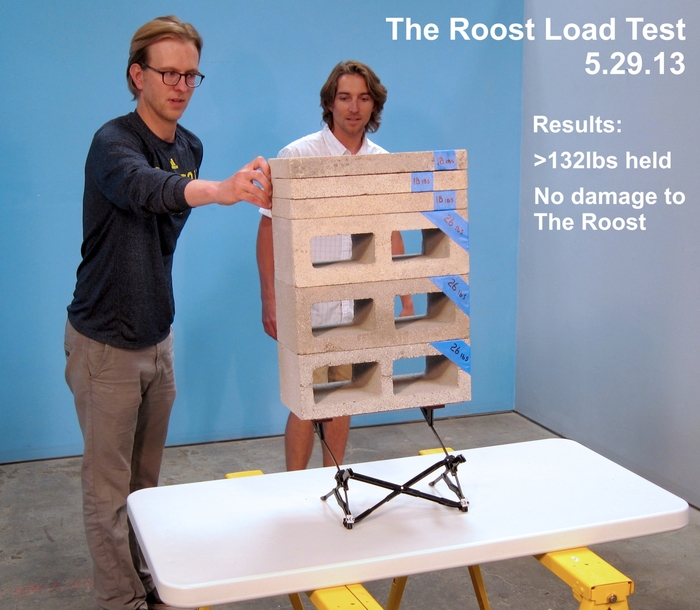 About four months ago, Olander had a chance meeting with Eric Migicovsky, the creator of the Pebble smartwatch that raised over $10 million, who told Olander to put his project on Kickstarter.

Olander set out hoping to raise $10,000, but the stand has obliterated that goal on Kickstarter, now approaching six figures in funding with over a thousand backers. The campaign ends Monday, but Olander says that won’t be the end of the Roost.

“I’ve been approached by a lot of folks that want to resell it,” Olander says. “As well as folks interested in joining the team to make it into a real company. I want to explore all ways to produce more Roosts but I’m really set up right here to produce them in my shop in Denver.”