Pebble is selling its smartwatch via Best buy stores soon, with the device going on sale at the major U.S.-based electronics retailer on July 7 for $149.95. The e-ink display for the Pebble and Bluetooth connection it sports allow it to communicate information including caller display and notification alerts from a connected iPhone or Android device.

Retail availability at a major chain is a huge step for Pebble, which has handled orders via its website until now, after completing a wildly successful Kickstarter campaign last year to fund the smartwatch’s development. Initial retail availability for the Pebble will focus exclusively on the Jet Black edition, with Cherry Red models to become available via Best Buy in August. Other colors will come later, Pebble says, but the company has already had trouble delivering on its colored editions, so it makes sense that the retail launch would focus on the black model it has managed to produce at volume already. 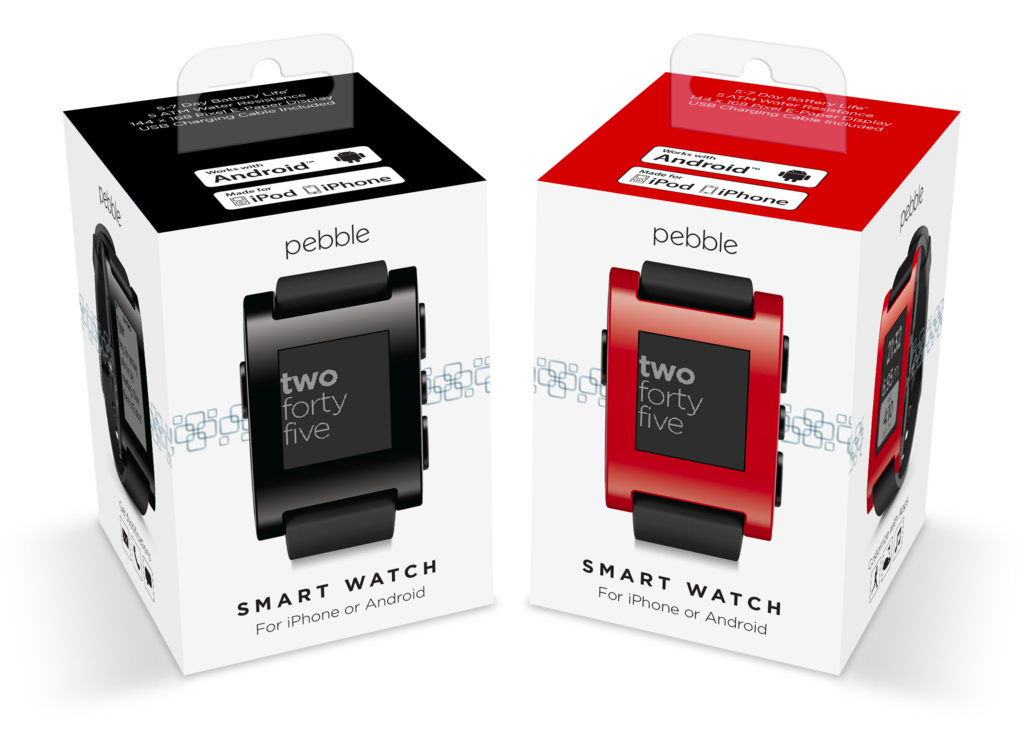 Pebble is pushing the retail expansion as a way to help it satisfy growing consumer demand. CEO Eric Migicovsky says that the company is still fielding lots of interest from consumers interested in the smartwatch category, and moving to retail shelves will help it better deal with that demand.

Now that Pebble has released a fairly robust API for smartwatch app development, which should mean that the app ecosystem around the platform will grown quickly, and that was a very important building block to have in place before expanding to wider consumer availability. Making sure that users have something to do with the Pebble when they rip it out of its snazzy new retail packaging is key to making sure it isn’t a purchase that winds up in so many closets, instead of in active use on people’s wrists.

Pebble isn’t the first product to try to prove its mettle with a Best Buy distribution deal. Leap Motion announced the same sort of arrangement for its motion controller device for PCs. A partnership with one of the leading U.S. gadget retailers does a lot in terms of speaking to a gadget’s consumer market appeal, but it isn’t an automatic home run; Best Buy may not jump into bed with every hardware startup out there, but the Pebble and other devices it does pick still have to sell on their own merits.

Still, it’s a key relationship to secure, especially ahead of the potential launch of an iWatch from Apple, or similar device from other big consumer electronics companies that could have a profound impact on the category. Pebble needs to get as much traction as it absolutely can before that day comes, and a speedy rollout at Best Buy should help with that.