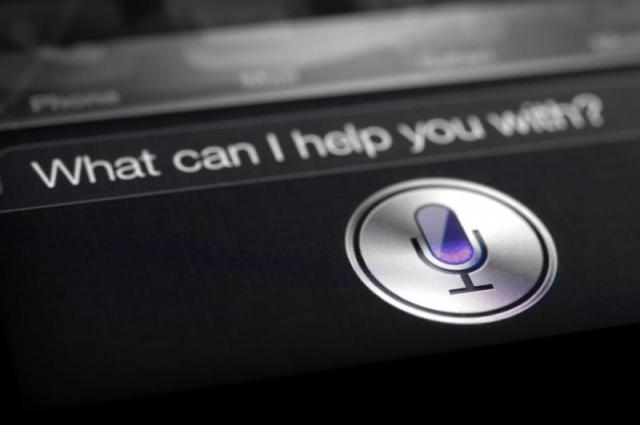 Editor’s note: Dan Kaplan is a freelance Content Strategist and armchair futurist. He has worked in marketing for Asana, Twilio and Salesforce. Follow him on Twitter @dankaplan.

In the wake of Apple’s big iOS 7 reveal, there has been much hoopla and quibbling. The bulk about it has centered around the design choices made by Jony Ive, his team and (apparently) some icon designers in marketing.

Left out of the commentary has been what can only reasonably be described as a lackluster update to Siri.

In Siri’s incarnation in iOS 7, I can ask her to pull up a quick list of someone’s latest tweets or find me an entry on Wikipedia. I can change the sex of her voice. And if she comes up blank on something, I can now have her Google it on Bing, instead of Googling it on Google. At some point in the near future, I will also be able to do all of this in a car.

But what I still can’t do is anything new that actually harnesses Siri’s real potential as a task-completion engine. This is too bad, because that potential is dazzling.

Fully realized, Siri would change the way humans interact with the Internet. Instead of typing in a bunch of keywords and getting back links, 156-character snippets and ads, you would speak your request and Siri would connect directly to the Internet service best equipped to deliver on it.

The video embedded below demonstrates a piece of this: In it, the protagonist tells Siri to order a pizza: “Siri, tell Pizza Hut to deliver a small cheese pizza, two large pizzas with pepperoni, sausage, ham, bacon, and mushrooms, and a medium pizza with only mushrooms.”

While the guy who made this video staged the scenario with a Twilio hack, the central point is that Siri is a search engine that doesn’t just go out onto the Internet and fetch a bunch of links and ads, but actually takes your “query” and executes your intended task.

If you don’t see how that paradigm would be disruptive to Google Search, you might be a redneck.

The Story Of The Siri Assistant

When Siri was just a wee standalone app in the App Store (in that small window between when she launched when Apple snapped her up), she was already more powerful than Apple’s version is today.

Back in those days, she was known as the Siri Assistant, and she could not only buy you movie tickets and make reservations to restaurants, she could order you a cab. You could ask her about local concerts happening in the next two weeks and she’d go out and find out what bands were playing at any given venue nearby.

These things were going to be just the beginning. Siri’s founders planned to add more services over time, blend them with the predictive awareness that you get a taste of in Google Now, and combine both with Siri’s task-completion capabilities:

Unfortunately for Siri in her days as standalone iPhone app, the Siri Assistant presented too much friction to be useful. The process of going to your home screen, tapping on the app, waiting for it to open, giving it a voice command and getting something back presented too many steps. Siri may have been stacked with some of the best artificial intelligence around, but she was just too damn slow.

Her acquisition by Apple promised to change all that.

Indeed, when I last wrote about Siri — around the time of her rebirth as a feature of the iPhone 4S — I wrote that the integration of Siri’s technology and iOS meant that Google’s glory days were numbered. I wrote this for two reasons.

First, it was clear to me (and still is) that, should Apple develop Siri’s task-completion engine, she represented a deadly threat to the heart of Google’s search-revenue machine. And second, given the combination of Apple’s decade-long penchant for innovation and Steve Jobs’ burning desire to injure Google, I believed that Apple would do whatever it took to follow through on Siri’s promise and on Jobs’ desire for revenge.

But now that Siri’s latest update is a snooze and Jobs’ hatred for Google seems to have been laid to rest with Jobs himself, my initial expectations look to me like a burst of premature excitement.

The signs haven’t been good.

That last point may be the most important one: Woven into the fabric of the Internet, Siri becomes a juggernaut. But outside of it — without seamless connections to the Internet’s wide-ranging ecosystem of apps, databases and services — she remains a fancy toy.

An Uncertain Road Ahead

For Apple, the road to making Siri as remarkable in practice as she is in concept is fraught with technical obstacles, business challenges, and legal risks of every size and kind. But the rewards of surmounting them would be extraordinary — disruptive in the fullest sense of the word: a revolutionary technology that changes the way we interact with machines, shakes up industries, and brings Google to its knees.

Siri’s potential may be game-changing, but more than four years after Apple spent hundreds of millions of dollars on her acquisition, we’re still just trying to get her to understand our words.