Internet Explorer is a hard product to love. It was so bad for so long and Microsoft abused its position of having the dominant browser for so many years that even today, with a few solid releases under its belt, IE still feels like the browser you should hate. But with IE11, which just launched with the Windows 8.1 Preview, Microsoft is finally stepping up its game to the point where there’s a reason to take IE seriously again. And it deserves another look from both developers and users.

Microsoft didn’t go into all that much depth when it discussed IE11 during its Build keynotes, but during an IE-focused press briefing, the company opened up a bit more about the state of its browser. The main takeaway from that session, at least for me, was that Microsoft believes that the fact that it only has to focus on one platform allows it to build a superior browser. Other browsers, the message was, have to work on so many platforms and that means the developers have to make too many compromises.

With being fully focused on Windows and Windows RT, Microsoft argues, it can include fast hardware-accelerated features like WebGL and even significantly faster font rendering. It’s not just 3D content where IE is now competitive (and often ahead of the competition). While Microsoft often shied away from putting standard JavaScript benchmarks on it screen and argued that “real world” performance was more important, it now proudly put the usual Kraken, Octane and SunSpider numbers on the screen. The results are indeed impressive. I repeated some of these benchmarks myself and IE11 always easily beat Chrome and Firefox in all of these (arguably unscientific) tests.

If you want to see an impressive example of IE11 in action, try out Microsoft’s new Lawn Mark 2013 and Levitation demos. 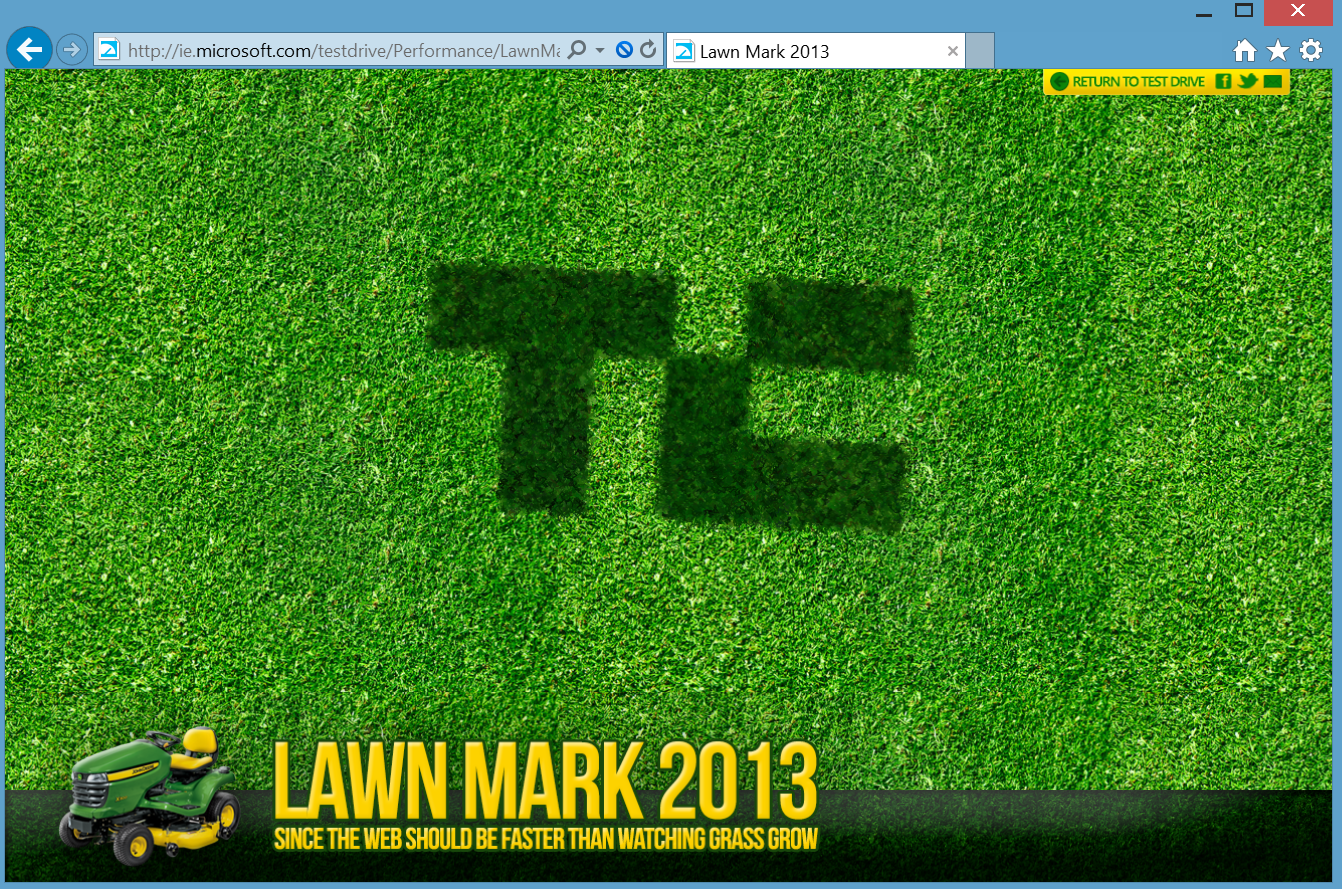 There are other features that make IE11 interesting, too. The new pinned sites feature in the Start Menu, for example, allows any site to create an app-like experience on the Windows 8.1 desktop. Bookmarks are now synced over SkyDrive and the browser is integrated with the new Reading List feature in Windows 8.1 (though sadly, there is no Instapaper-like, distraction-free reading mode).

Microsoft is really focusing on touch in the browser, and with Pointer Events, it’s working to make this a W3C standard for all browsers.

All of this doesn’t mean IE11 is perfect, though. Far from it. While it now finally supports standards like WebGL and has support for SPDY (something Microsoft did not exactly highlight), WebRTC is still missing in action. The Metro/Windows 8-style version of IE is also still decoupled from the desktop version. It’s also still not clear whether IE11 will ever come to Windows 7, though Microsoft pretty clearly hinted at this during its Build press briefing.

Overall, IE11 gives Microsoft a shot at being taken seriously again in the browser game. Even though it’s not a dominant player anymore, it still owns a lot of market share around the world. And no matter how you feel about Microsoft, a better IE makes for a better web ecosystem for both developers and users.