One of the redesigned apps Microsoft is introducing in the Windows 8.1 Preview is an update to its Xbox Music app that now puts the emphasis back on your own music – whether in the cloud or on your local machine – and less on music discovery, which the previous version focused on.

When you first open the app, you’ll immediately notice that it’s now designed around your music collection, and while the ‘explore’ feature is still available, it has been somewhat de-emphasized in this update. As Microsoft notes, this new version now lets you play your music with just two clicks, while before, it often took six clicks or more to listen to your collection.

The main new feature in this update, however, is the introduction of a Pandora-like radio feature that lets you pick any song in the Xbox Music collection and start a new station with related results. This feature, it’s worth noting, is even available when you don’t have an Xbox Music subscription. This means, of course, that you will have to watch an ad every now and then, similar to when you listen to other free radio-like services. 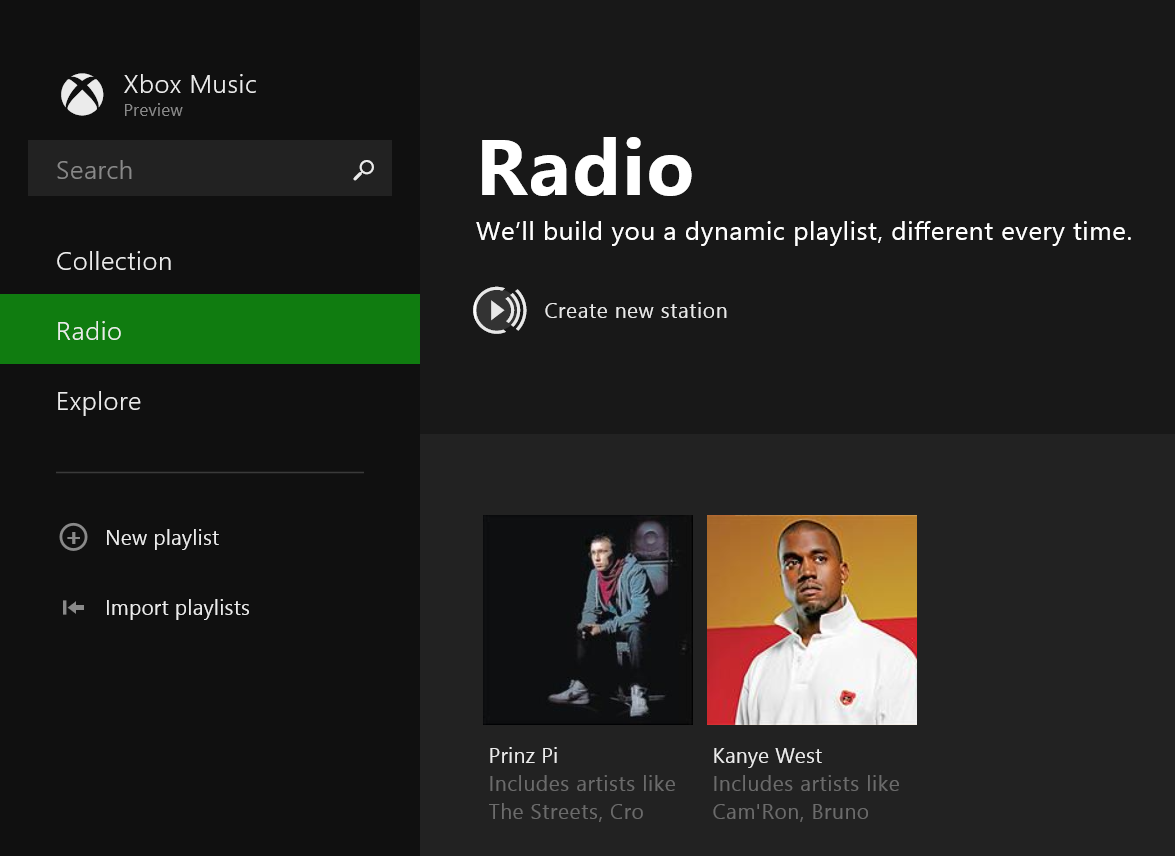 One thing Xbox Music doesn’t seem to allow you to do, however, is to vote songs up or down to influence the song selection for a given station. In return, though, there doesn’t seem to be a limit on how many songs you can skip per hour per station.

The coolest feature of Xbox Music, however, is sadly not in the Windows 8.1 Preview yet. At a press event before today’s official unveiling Microsoft showed a feature that allows you to take a website about music (think a top-10 list, review, set list or something similar) and automatically turn it into a playlist for Xbox Music. From Internet Explorer, you can simply invoke the regular Share charm, click on ‘Music’ and the service will scan the page for artists’ names, songs and other information to put together this playlist.

Microsoft says this feature will launch “by the end of this year” but didn’t provide an exact date. It’s fair to assume that it’ll be available by the time the final version of Windows 8.1 launches.