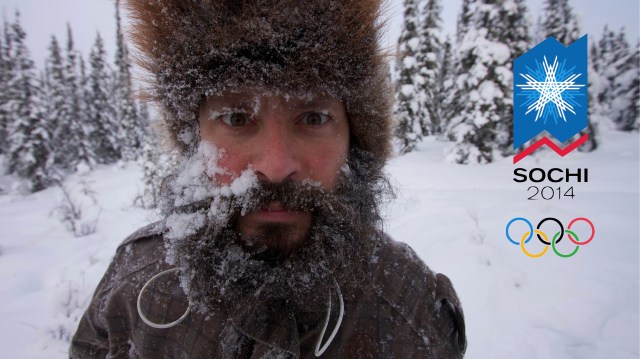 Some VCs are into kite-surfing. Some do triathlons.

Then there’s i/o Ventures managing director Paul Bragiel, who has spent the last two and a half months in the Nordics, either cross-country skiing for two to four hours per day or doing “swamp training,” where he runs through bogs for several hours.

His dream? To compete in the Winter Olympics, which are just eight months away in Sochi, Russia.

“I want to walk into the Olympic Stadium with people from all 192 countries. This is what’s awesome about the world. I’ve wanted to do this since I was 11 and watching the 1988 Seoul Olympics on TV,” he said in an interview from Austria, where he just relocated to train for a month. “I kind of gave up the dream when I was 14 and became a computer nerd. But that’s a whole different story.”

The U.S. team only has about four slots and is one of the most competitive countries in the world, Bragiel said.

So he’s in talks with various South American and Sub-Saharan African countries to get dual citizenship to compete on their behalf. Because he also co-founded the Tanzania and Kenya-focused Savannah Fund and advises other countries on how to grow startup communities, he believes citizenship won’t be that big a hurdle.

“This is an honor. Someone giving you citizenship? I’m going to wear that country’s flag proudly,” he said.

Picking a sport was a long process. One of the first sports he looked at was curling. He even visited a curling center in Minnesota, but then he realized that there wasn’t a team that would let him join on less than a year’s notice.

Then he looked at bobsledding, and traveled to Latvia to look for a team.

“The costs ended up being very prohibitive. It can cost millions of dollars and you have to ship a bobsled internationally,” he said.

He also would have needed to find a driver. “If I did it, I would probably flip over and die,” he said.

Then the luge terrified him, and he didn’t think he could get used to downhill skiing as a longtime snowboarder.

So that left cross-country skiing. He reached out to friends like Trulia co-founder and competitive triathlete Sami Inkinen and others, who helped him find a coach. Then Bragiel bought a one-way ticket to Finland a little over two months ago and began training.

His training regimen consists of skiing for several hours a day and doing sprints. Then he’s also added in swamp training. He’ll be in Austria for the next month before starting to compete in qualifying races in New Zealand and Australia in August. 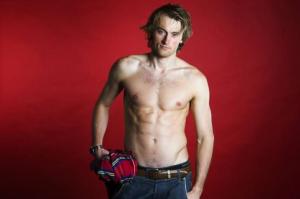 To qualify for the Olympics, he must be able to finish five qualifying races where he’s not more than 10 minutes behind world’s top cross-country skiier, Norway’s Petter Northug (pictured right).

He says that during training downtime, he’s still active in helping existing portfolio companies. But he’s not taking on any new companies at the moment.

“I’m long distance with my partners at the moment. I’m on hiatus,” he said. “But I still have a good amount of downtime. I still give my current companies attention and I’m on e-mail all the time doing introductions. The only thing I really can’t do is sit down and have a beer with them.”

The more involved he gets with competing, however, he’s realizing that he may need to get sponsors to help with the process.

“A lot of Olympians get nutritionists or guys to help them wax skis, which can take hours at this competitive level, or physical therapists,” he said.

He says that he would donate money back to the ski associations he’s training with. “I train with 17 and 20-year-olds and I see how they sometimes forgo their college plans to compete,” he said. “I want everyone else to do well too.”