Lazada, the e-commerce site founded by Rocket Internet in a bid to build the “Amazon of Southeast Asia,” announced today that it has landed another $100 million from returning investors Holtzbrinck Ventures, Kinnevik Investment AB, Summit Partners and Tengelmann Group, as well as new investor, Belgian-based family-owned investment holding company Verlinvest. This is the largest single round that Lazada has raised to date, and brings its total amount of funding raised since its launch in March 2012 to more than $236 million.

News of Lazada’s latest and biggest funding round comes just one month after Zalora, Rocket Internet’s Southeast Asia-facing fashion retail site, announced that it had also raised $100 million in a round led by many of the same investors, including Rocket Internet, Summit Partners, Kinnevik Investment AB, Verlinvest and Tengelmann Group. The two rounds are among the largest ever for e-commerce startups in the region.

Lazada operates in Indonesia, Malaysia, the Philippines, Thailand and Vietnam. The site has a lot of room for growth in the region, but also a lot of catching up to do because, according to its own estimates, 99% of Southeast Asian consumers still prefer to do their shopping offline. 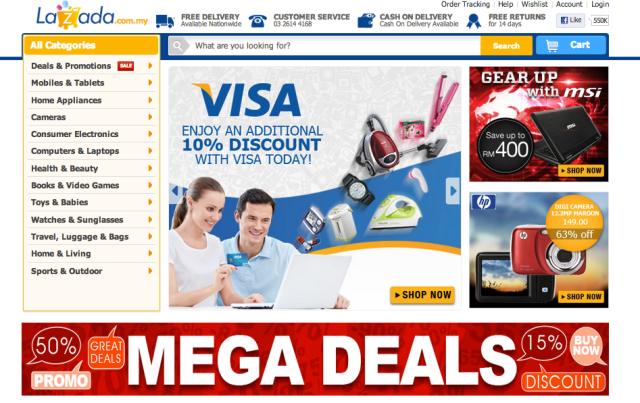 CEO Maximilian Bittner told Reuters that Lazada’s latest funding will be used to improve logistics and the company’s supply chain, a key factor in the the site’s growth across the region, especially since key rival Amazon announced earlier this month that it would ship some items from the U.S. to Singapore and India for free. Like Amazon, Lazada offers a mix of books, household goods, consumer electronics, toys and sports equipment. The company is also readying the launch of its iOS app, an important move because many Southeast Asian consumers bypass PCs and rely solely on their mobile devices for Internet access (Lazada already has an Android app).

Rocket Internet’s continued investment in Lazada, Zalora and its other e-commerce sites in emerging markets represent a departure from its previous strategy operating as a “clone factory” that copies high-growth online sites and then flips them for a profit–often to the very businesses cloned (for example, when Rocket Internet sold Citydeal to Groupon in 2010).

Instead, Rocket Internet is now focused on positioning itself as an e-commerce leader in emerging economies with rapidly-growing middle class consumers.

Despite its continued investment in these properties, it’s difficult to gauge how well the sites are doing because Rocket Internet does not divulge details about their performance. For example, Bittner declined to give specific details to Reuters, but told them Lazada  hit the “three digit millions” of euros in gross merchandise value last month. Zalora appeared to hit some growing pains this spring when its regional operations in Taiwan were streamlined and moved to Singapore, as well as the resignation of at least two managing directors (Nadiem Makarim and Mato Peric both left the company in 2012) since its launch in March 2012. It remains to be seen whether Rocket Internet’s aggressive and expensive approach to building a global e-commerce footprint will pay off.