Rounds, the video chat app and Israeli startup backed by $5.5 million in funding from Verizon Investments, Rhodium and DFJ’s Tim Draper among others, has been slowly expanding across platforms. Originally built as a Facebook-centric experience, Rounds expanded to the desktop last summer, launched Mac and Windows apps to allow its users to send and receive video calls without using their browser or signing into Facebook. A few months later, Rounds went mobile, officially debuting its first native apps for iOS and Android.

For those unfamiliar, the app essentially gives users the ability to not only participate in realtime video chat with their friends — from any media — but do so while watching YouTube videos together or simultaneously play interactive games, doodle on whiteboards, browse the Web together or send virtual gifts to each other and more.

However, up until now, most of those features have existed solely for Rounds users on Facebook, desktop and the Web, but an update to its iOS and Android apps today now allows friends to surf the Web together during live video calls. Rounds claims it’s the first hangout network to enable mobile co-browsing during video conversation.

A product of a partnership with Dutch startup Channel.me, the startup’s new co-browsing functionality synchronizes your mobile device’s touch screen with that of your video chat partner, allowing both parties to surf the web and navigate the same webpage at the same time. 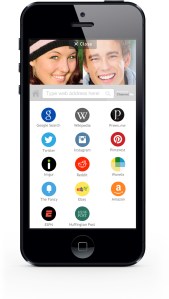 Both users can click on links and type in new URLs, the company says, while each person sees the other’s live video stream in thumbnail form. This allows them to see each other’s reactions FaceTime-style, while giving you illusion that you’re actually there, together, and not staying at a Motel 8 on a business trip.

While users aren’t subject to any limitations when they co-browse during live video calls, and users can type in any URL, it would be impossible for Rounds to beta test every site on the Web. Instead, at launch, the startup is offering a handful of sites that it “stands behind technically” and fully support its synchronized experience, including Google, Wikipedia, Preen.Me, Twitter, Instagram, Pinterest, Reddit, Amazon, eBay, ESPN, The Huffington Post, wanelo, Imgur and TheFancy. Going forward, Rounds will continue to add support for the most-requested sites, based on user feedback.

The company also tells us that, in terms of security, the co-browsing experience displays usernames and email addresses but not passwords, and users must share a pre-existing Facebook friendship before they can participate in video chats together. Once they do, they can chat, browse, play games and watch videos together and add filters and doodles on top of their videos.

While some of these features may sounds particularly appealing to older readers, since the beginning, Rounds’ target audience has primarily been teens, who eat these kind of features up. As mobile devices proliferate, retailers and eCommerce players have been looking for more ways to capitalize on the fact that our mobile devices are always with us. Not only that, but considering the offline shopping experience is inherently social, they want to emulate that social experience on the Web and on mobile. 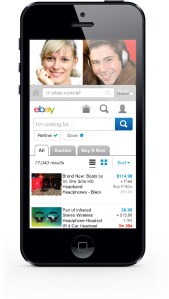 Rounds’co-browsing and synchronized navigation inherently offer a more social experience when visiting sites like eBay or Amazon, allowing young users to video chat while surfing, browsing for new clothes, gadgets or products — or even while doing their homework. Don’t be surprised if Rounds’ new functionality catches the attention of the big retail players or if social platforms like G+ (and Hangouts) expand to include more of these co-browsing and synchronous user experiences.

Today, Rounds has over eight million registered users, 500K of which are on mobile, with a fairly even breakdown between male and female users (52 percent female, 48 percent male) and teens representing the largest demographic. The company also says that 43 percent of its video calls are “meaningful,” meaning that they’re longer than the industry standard, and, on mobile, users are currently making 13-minute calls on average, for example.

Since its inception, Rounds has seen over 100 million hangout sessions across its networks, which include its destination site, (formerly) Wave, Chrome, Facebook and now mobile).