Adobe just reported earnings for its second financial quarter of 2013. The company reported revenue of $1.011 billion and non-GAAP operating income of $247.3 for an earnings per share of $0.36 (though diluted GAAP earnings were only $0.15). That’s a little bit better than most analysts expected, especially with respect to the company’s earnings per share.

Adobe itself expects to hit over 1.25 million Creative Cloud subscribers by the end of the year and a number of analysts believe this is actually a very conservative number. 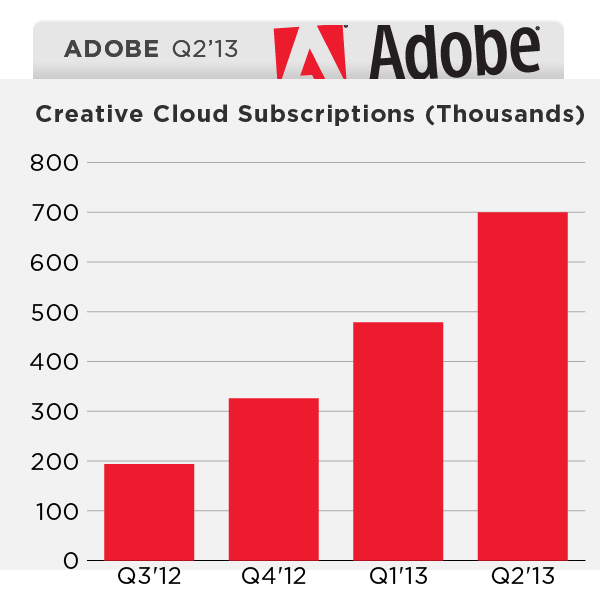