In a dramatic reveal on stage at WWDC 2013, Phil Schiller brought forth a new Mac Pro saying to the assembled faithful: “Can’t innovate anymore, my ass.” This new Intel Xeon machine with up to 12 core configs has a central thermal core and superfast memory support. It is double the performance of the previous Mac Pro generations.

The new Mac Pro also supports 20Gbps Thunderbolt 2 ports and includes two GPU graphics cards with 4K display support. In short, it is a powerhouse. The machine is far smaller than the original Mac Pro, packing all of the hardware into a device that is 1/8th the size of the old Mac Pro. 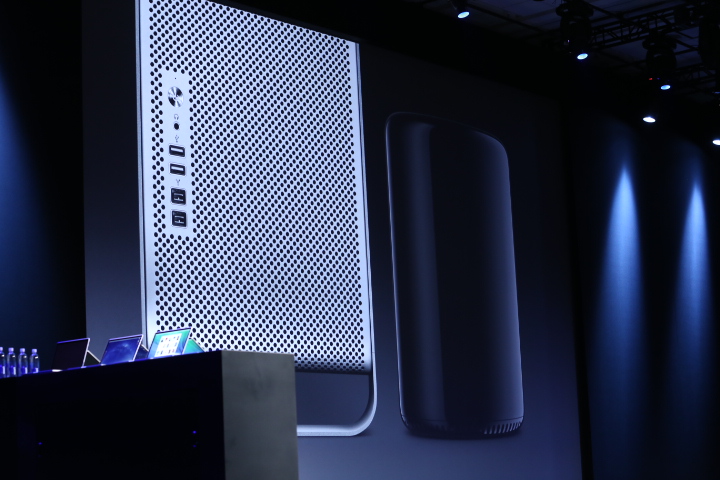 It also supports gigabit Ethernet and HDMI Out as well as USB 3.0. It will arrive later this year and will be assembled in the U.S. Pricing and launch timing is still unavailable. 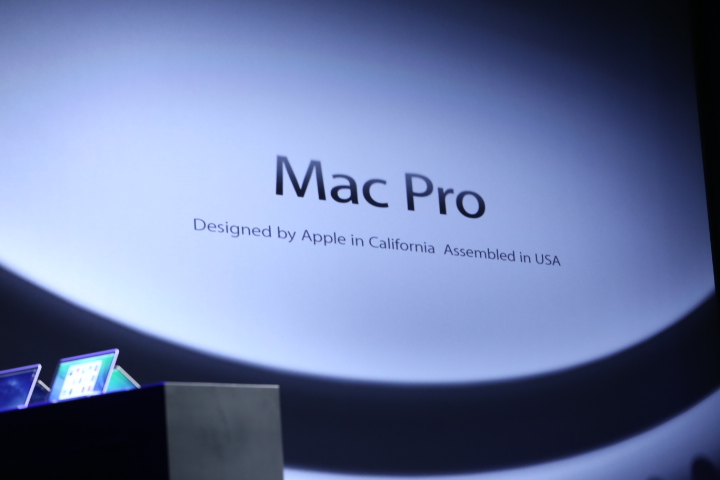