While Apple touted selling a cumulative 600 million devices, their numbers will inevitably draw comparisons to the figures that Google shared last month at developer conference I/O. At that point, Google said that it had seen 900 million devices activated.

What’s clear — whichever way you cut it — is that Android is leading the market in terms of device share. Yet the picture is far more complex when you slice it by share of profits, or by time spent in apps.

This is one angle that Apple tried to play up today at its Worldwide Developers Conference. The company said that iPhone users are 50 percent more engaged by time on their devices than Android users. 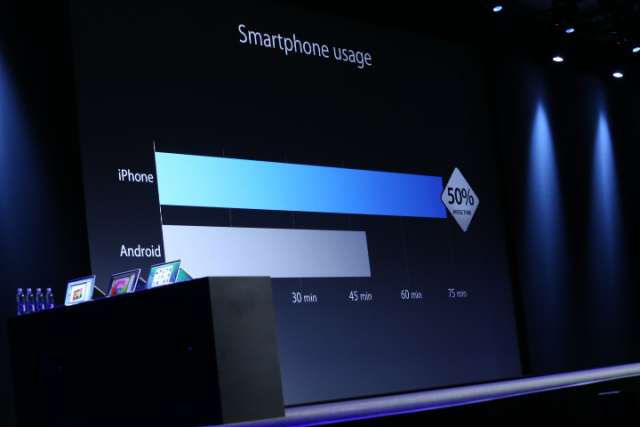 They also cited a J.D. Power survey saying that that iOS users were far more satisfied than owners of Android or Windows Phone devices. 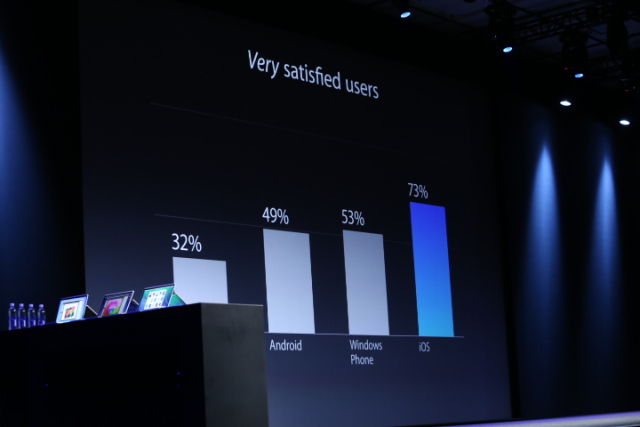 The issue, though, and a partial reason for the 23 percent decline in Apple shares over the past year, is whether Samsung-made Android devices are starting to eat into, or at least slow, Apple’s share of the high-end handset market. At the same time, Android is now taking a decisive lead in emerging markets like China, which has just become the world’s largest smartphone market in the last six months.

For now, Apple still holds the lead in profits and time spent in apps. But the concern is that the raw number of devices in circulation may be a harbinger of what’s to come.