Samsung has officially confirmed the Galaxy S4 Mini, following a brief leak earlier this month. The new handset takes the name of its current flagship smartphone, the Galaxy S4, but couples it with more mid-range specs to extend the reach of the flagship brand to a larger pool of consumers. It’s a strategy Samsung also deployed with its prior flagship, the Galaxy S3, taking the wraps off a Galaxy S3 Mini last year.

Indeed, Samsung’s overall smartphone strategy is about producing scores of iterations at various price points and screen sizes in order to saturate the market with as much of its hardware as possible. A strategy that, coupled with its massive marketing budget, continues to be extremely successful for the Korean electronics giant, making it far harder for other Android OEMs such as HTC to compete with their far more modest device portfolios.

As with the majority of Samsung’s devices, design wise you’d be hard pressed to distinguish the Galaxy S4 Mini from any other recent Samsung device. Its smaller size being the most distinguishing feature vs the flagship S4. The Mini has a 4.3″ qHD Super AMOLED display vs the 5″ pane on the flagship S4. At 4.3″ the Mini is not actually that small, certainly not compared to some of Samsung’s budget devices, but the target here is users who might not be comfortable with the phablet-sized screen of Samsung’s current flagship but still want something flashy enough to look like a flagship.

Under the hood, the S4 Mini has a 1.7 GHz dual-core chip, rather than the quad-/octa-core of its big brother. There’s 8GB of internal memory and 1.5GB of RAM. The rear camera is 8MP and the front-facing lens is 1.9MP.  Samsung says it will be offering a 4G version of the device, as well as a 3G and dual-SIM version — based on what makes sense for each market.

Features wise, Samsung says the S4 Mini supports “many” of the same features as found on the flagship S4 — including Sound&Shot, Panorama Shot and Story Album, on the camera software side. Other confirmed apps include Group Play, ChatON, S Translator and WatchON. The Mini clearly lacks the full gamut of software services poured onto Samsung’s flagship but most smartphone buyers aren’t going to be fussed about a few lacking apps, especially as the Mini’s price-tag should also be a bit more modest.

There’s no official word on pricing or a full list of confirmed market availability — but expect the S4 Mini to land wherever the S4 has, and certainly to head to the U.S. and the U.K. 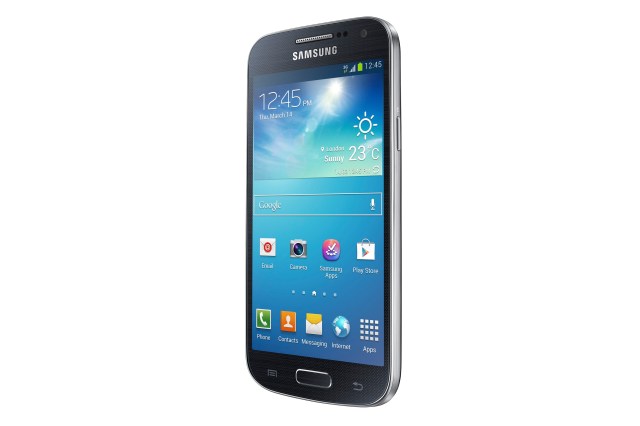 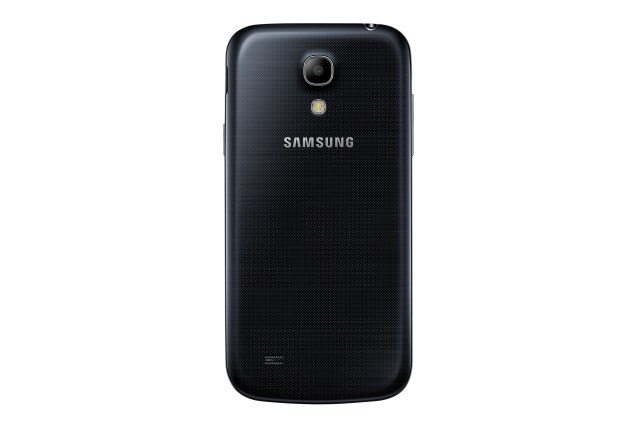