Gaming has evolved from single-player to head-to-head to massively multiplayer, but it’s also retreated from public arcades to isolated homes. Today’s launch of the Xbox One makes the whole console experience social, not just the gaming itself. You’ll still be battling other humans, but how you communicate with them and choose what to play is about to change.

Think back 20 years ago, before home gaming devices became the powerhouses they are today. You’d go to an arcade, and the way you’d discover what was fun and popular was looking for which game cabinet drew the rowdiest crowds. I remember discovering Street Fighter 2 in a hotel arcade while on vacation. I couldn’t even see the machine, as it was surrounded by older boys swearing like sailors at every Haduken and thousand-hand-slap. 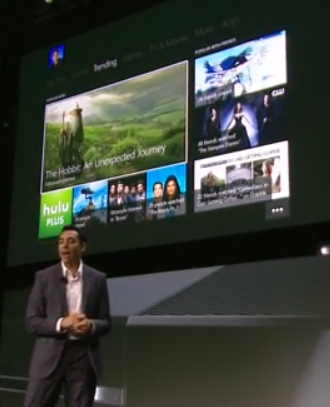 I knew I wanted to play that game. And when I finally got my turn to get beaten mercilessly as the mob swelled around me, it didn’t feel like I was doing anything nerdy. I was partaking in a new culture, a new community.

That’s the promise of the new Xbox One’s trending section. It surfaces games, apps, video on demand, and other media popular with your friends and the whole Xbox user base. Gamers won’t have to go searching for reviews to see what’s the hot new first-person shooter. The wisdom of the crowd will clue you into what game has captured the zeitgeist, even if you’re playing alone in your basement. Microsoft also hopes to turn word-of-mouth recommendations into an algorithm that shows you what to play next. Because the suggestions come from friends, you might trust them enough to buy a new sports game like NBA Live ’14, listen to a classic album, watch Firefly, or try out a fresh app like Hulu. 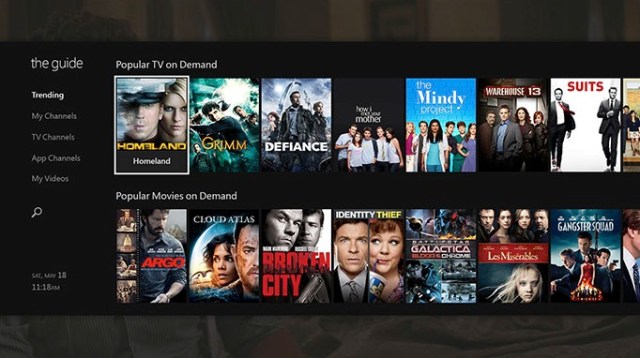 Microsoft is also bringing these custom recommendations somewhere that was never really social: television. Live TV can be piped into your living room through the Xbox One; its TV guide features a trending section too. While we’ve gotten used to intelligent suggestions for video-on-demand thanks to data crunchers like Netflix, Xbox one could show you what sports match or awards show your friends and the whole world are watching right now.

Microsoft will have to figure out who your real friends are, possibly through social network integrations, and how to use other factors like geography to massage the trending picks. There will also be privacy design challenges to face, as not everyone wants to share what they do with their controller. But if Xbox One Trending succeeds, it could make games and television viral in a whole new way.

Snap back to the arcade, and 10-year old me is learning all the naughty four-letter words. Each time someone sees their health bar go red, they let out a stream of angry obscenities while onlookers let loose cuss-modified cheers for the victor. But it wasn’t just the sounds. You can hear kids swear at each other all day on Xbox 360 Live. It was the look of anguish in a defeated combatant’s face, the relieved body language of the winner whose reward was one more game and “a new challenger!” 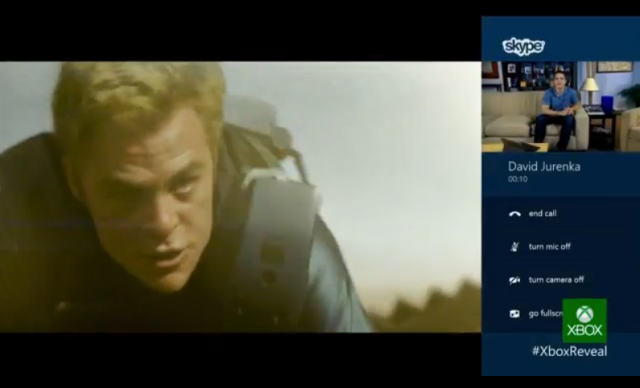 Xbox One’s new Skype group video chat feature means you can play face to face with friends around the world. It’s infinitely more vivid than the audio and text chat capabilities of the Xbox 360. Smile at each other after a successful dungeon raid, or dance around as you brag about your touchdown in Madden. Skype for Xbox goes beyond games so you can watch TV, use apps, and more while having a conversation. Social doesn’t even need to be banished to a second screen. Xbox One “Snap Mode” lets you use voice commands to open video chat in a slide-out, overlaid window on the edge of your TV.

Skype for Xbox takes video chat and puts it in your comfiest chair. Rather than hunching over your laptop, leaning back on your couch could inspire long conversations over your console. You might — *gasp* — even pause your game to chat full screen with your little brother back home. Or it could usher in a new era of simultaneously consumed content, where you having distributed viewing parties for sports and movies rather than cramming your friends in the same room.

Xbox One also comes equipped with automatic, background matchmaking that lets you watch TV or play another game while you wait for a new opponent with a gaming DVR so you can record and share videos of your greatest triumphs or most gruesome game-overs. More people posting those videos to Facebook and Twitter could push serious console gaming ever further into the mainstream.

Of course, some gamers might not want social invading their safe space. Some may use it as a safe space to turn off their good graces, be a bit more primal, and just relax. Pings from friends wanting to Skype chat might be an interruption. Fighting alongside or against other people is all the social interaction they want. But the occasional eye-to-eye encounter could make gaming more fulfilling. If you’ve ever stayed up late playing only to feel a bit empty afterwards, you see the hole a more social Xbox could fill.

Gaming has become a bigger industry than movies. Mobile phones and social networks are bringing games to a wider audience than ever. Yet there’s still a stigma that it’s the realm of unwashed shut-ins and anti-social misfits. The Xbox One and the next generation of social consoles could change that, so even if you play games alone, you’re not a loner anymore.