Google Now is a great feature for Android users, and now those who are on iOS devices. The idea is that the more you use Google products, the more it learns about you and the better information it can spit at you proactively. However, if you try to interact with Google Now, specifically on which sports teams you’d like to follow, the app will crash.

Not only will Google Now crash, but you’ll get continual pop-up messages telling you that Google Search has crashed, the app that runs the Now experience. It’s quite annoying and it’s something that people have been reporting on Google’s message boards for the past month or so. Even though Google employees have interacted with the community, there’s still no real fix.

I tried to delete the Giants, since I’m a Phillies fan, which you can do by tapping on the information button of the Card: 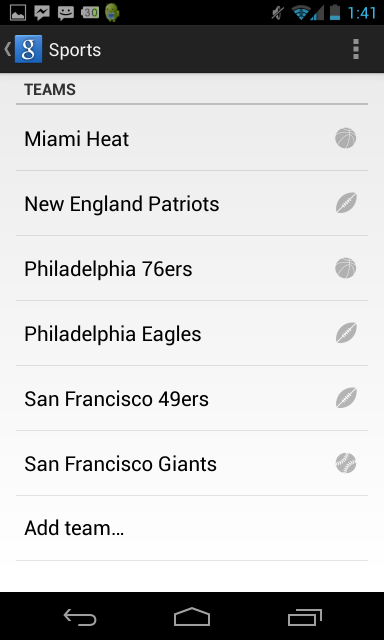 It will let you add or remove teams without any problem, but once you go back to Google Now, it crashes and you start seeing this beauty over and over: 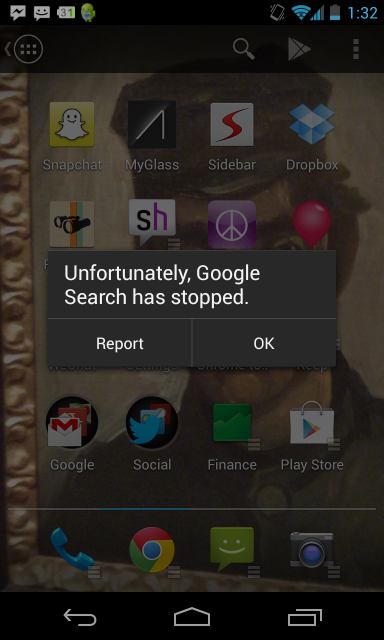 There’s no official fix from Google, with the only employee feedback on this thread being “Thank you for staying engaged on this issue. We’re continuing to look into it.” The employee then encourages you to send feedback to Google from within Google Now…which you can’t do because the app crashes.

The only real fix that I’ve found for the issue is to go into your app settings for the Google Search app and clear out the app data and cache. That will at least let you open up Google Now again and put an end to the annoying crash alerts: 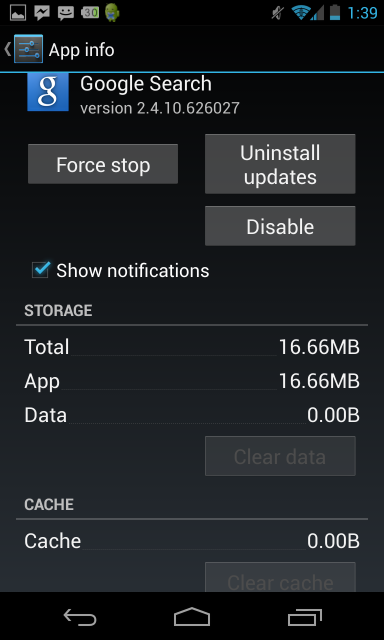 Once you open up Google Now again, you’ll have to go through the original process of agreeing to use it and sit through the tour of example cards. However, don’t go ahead and edit the same Card again, or it will start the hellish loop all over again. It reminds me of another Android bug, the one where the team left December out of its date picker entirely. It’s probably something that should have been picked up on during a regular QA process.

Let’s hope that Google releases an update to its OS at the I/O conference, so that us sports fans can actually enjoy one of Now’s core functionalities. Or maybe, Googlers just really hate sports. Maybe its users don’t like sports either since this bug isn’t making a ton of noise, or are they just letting Google Now pick the teams that are closest to them? Regardless, it’s annoying.