Editor’s note: Ross Rubin is principal analyst at Reticle Research and blogs at Techspressive. Each column looks at crowdfunded products that have either met or missed their funding goals. Follow him on Twitter @rossrubin.

These days, it seems that anything that whiffs of the traditional PC has all the market appeal of a month-old banana. Microsoft and its hardware cohorts are trying to fight back against the image of the staid tower and notebook with touch-enabled, all-in-one computers, clickety-covered tablets and convertible notebooks that twist like a contortionist. With no stake in Windows to protect, though, device crowdfunders have taken a different tack, pushing Android and other mobile OSes into alien configurations. While a bit of old hat for tiny game consoles from OUYA and GameStick, the game is now on for more general computing tasks. 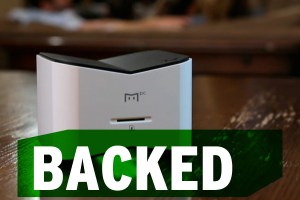 Backed: MiiPC ZeroDesktop is a more established business than your typical solo entrepreneur sailing off into crowdfunding waters. But its experience with cloud services, as well as remote access lend differentiation to MiiPC, an overgrown milk pint of an Android computer that features extensive controls for the pre-tween to tween in your household and a green under-light for no good reason except it looks kind of cool. MiiPC will feature a companion app that lets ever-watchful parents and guardians control access to apps like a boss regardless of the theme-song message of Malcolm in the Middle.

The MiiPC project wrapped up this week more than tripling its $50,000 goal for the mini-desktop that backers could scoop up for $99. As the device uses a similar chipset to the one in present-day Google TV boxes, the company is going to turn its interns onto it this summer to see what kind of alternative uses can be found for a small, albeit plug-tethered, Android device. 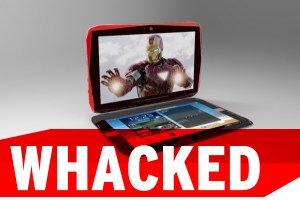 Whacked: Aurus Dual-Screen Tablet PC. What madness is this? A mobile device with not one but two displays? The unthinkable has been thought of with Windows PCs by Toshiba and Acer and an Android device by Sony. All failed in part because the underlying operating systems are not optimized for doing things like, say, putting a keyboard or game controls on one screen with the display of an email client or game on the other. The campaign page acknowledges the issue, asking, “Need some dual screen apps?,” assuring backers that they are developing some. Sony, for its part, said it was working with third-party developers. But, again, good luck with that without Google throwing its full weight behind multi-screen devices.

Backers could have nabbed the double-barrell Android tablet starting at €399, but it passed few consumers’ screenings. The project racked up little more than 1 percent of its lofty €200,000 goal. 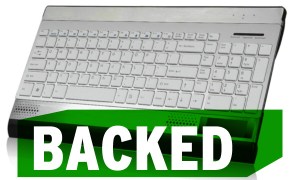 Backed: CoolShip. It wasn’t quite the level of integration we see in today’s all-in-one computers like the iMac, but some of the earliest PCs had no separate tower enclosure, integrating the processor and memory into the same casing as the keyboard. Perhaps the slickest examples of these early designs were from Commodore, which used them in the rotund and popular Commodore 64 and VIC-20. Indeed, that brand and its tell-tale industrial design has been trotted out for pricey Windows-ready x86 PCs designed into cases appealing to the nostalgic.

The Android-touting CoolShip, on the other hand, is not only cheap at $99, but even upgradeable so you can swap in new, more powerful processors as they become available. The flexibility should also help address another issue with computers integrated into keyboards: death by spilled beverage. CoolShip sailed by its campaign goal of $10,000, nearly doubling that amount, and is expected to start shipping to backers this month.